A Grade I Listed Building in Woodchester, Gloucestershire 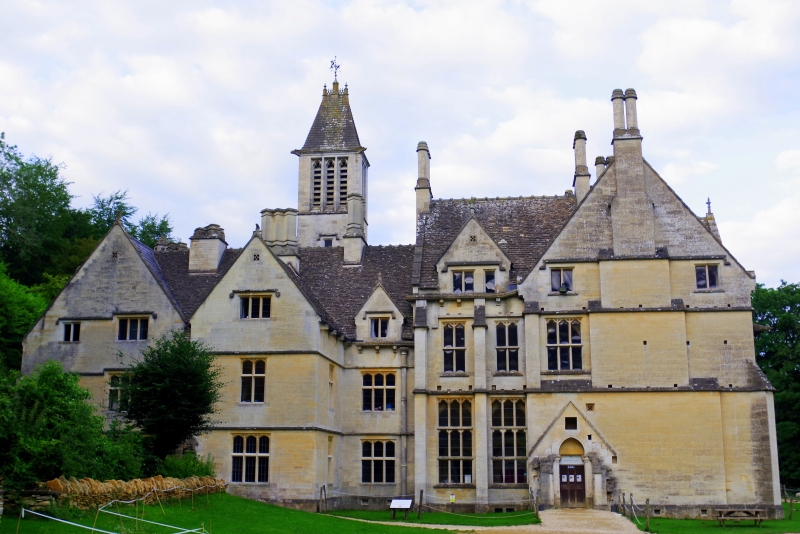 (Formerly listed as The Mansion)

Interior: fine tierceron chapel vault with individually carved flower bosses. Most of house interior is incomplete, arched stone fireplaces and doorways being installed. Main range has one room with completed stone vaulting, otherwise only springing in place. Round arched moulded rere-arches to main front windows. Simpler vaulting to staircase and corridors. Many other stone fittings including bath and tunnel vaulted shower with animal gargoyle water outlet.

Leigh bought Woodchester Park from Lord Ducie in 1845 demolishing the C18 mansion and starting this large house, designed by a young local architect. Bucknall was greatly influenced by Viollet-le-Duc from an early age, becoming his English translator, and this is his most thorough application of a rational approach to Gothic architecture. Never completed, the house is partially glazed and completely roofed. One of the most remarkable houses of its period and uniquely exhibiting its construction process. Also in the large landscaped park (possibly by Capability Brown) are a boat house (q.v.) and The Tower (q.v.).

(The NMR has an extensive set of photographs. M.Girouard, The Victorian Country House, 1979; D. Verey, article in Country Life, 6th February 1969, and Gloucestershire: The Cotswolds, 1979.)