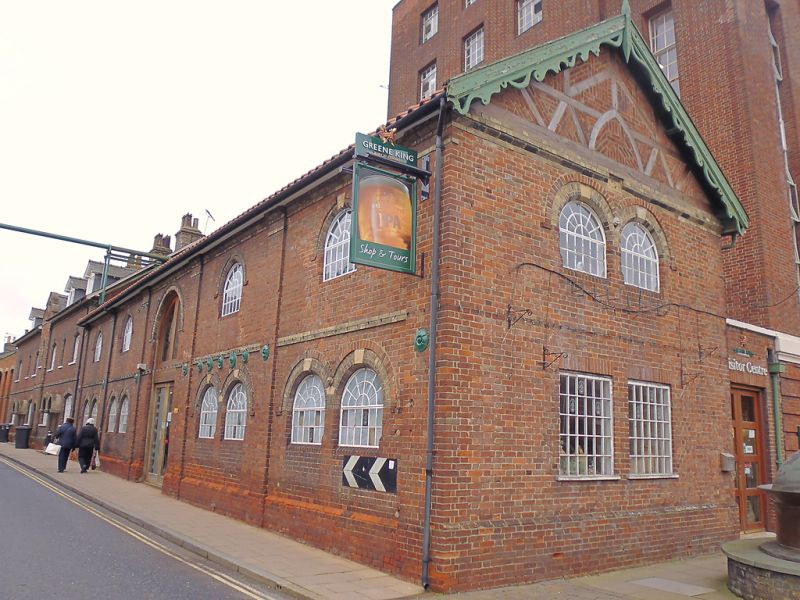 Brewery premises. Mid to late C19. Red brick with white brick
dressings; pantiled roof with pierced and fluted bargeboards
and a spike finial to the south gable.
EXTERIOR: 2 storeys; on a corner site with a return front to
Westgate Street. The Crown Street frontage is divided into 5
bays by plain brick pilasters and has a raised white brick
band between the storeys. 4 windows to the upper storey and 4
similar pairs of windows below, all cast-iron, small-paned and
semicircular headed in shallow reveals with keystones.
The central bay has a semicircular arched opening rising
through both storeys with boarded doors. The south gable end,
facing Westgate Street, has 2 paired semicircular headed
windows to the upper storey and 2 paired small-paned cast-iron
rectangular windows to the ground storey. A raised white brick
band at eaves level. The apex of the gable is filled with
ornate mock timbering.
INTERIOR: not inspected.