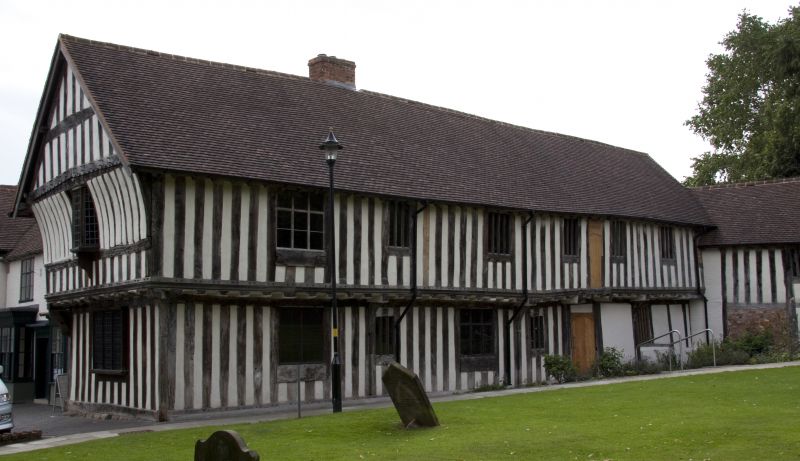 THE GREEN
1.
5104
(north-west side)
Kings Norton B38
Nos 81 and 83
(The Saracen's Head)
SP 0478 NE 58/4 25.4.52
II*
2.
Late C15 altered and added to. Timber-framed; tiled roof. Two storeys; 3 bays, the
outer 2 both advanced and projecting behind either side of an internal courtyard.
The bay on the right is the solar wing of the original hall house. It has recently
been restored and has close-set studding with plaster infill. Its gabled upper
storey is jettied on a moulded wood bressumer. The centre bay has been encased in
brick and has on the ground floor a passage through into the courtyard behind, 2
doors and 2 bay windows, all except the smaller of the 2 windows within early C19
Gothic frieze. Over the bay windows tripartite casements. The left-hand bay was
rebuilt in the C19 and has another bay window with Gothic frieze and, at first floor
level, a single segment-headed casement window.