The Prince of Wales Public House 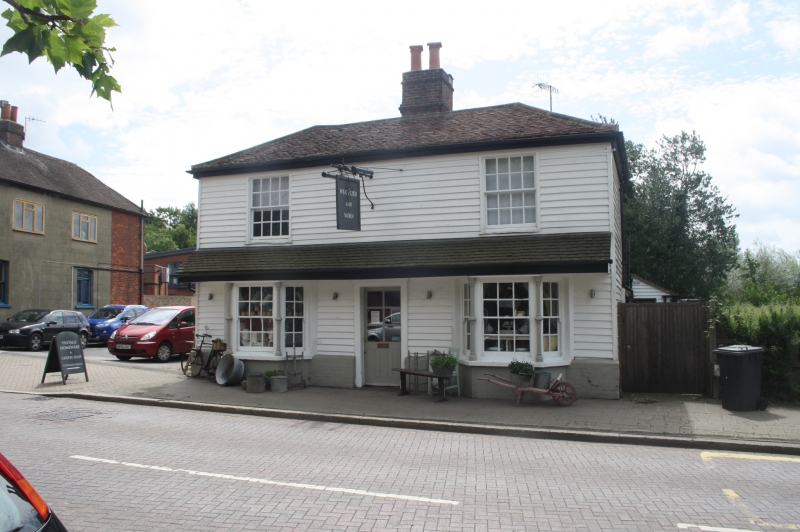 Plan: T-plan building. The main block is built along the street facing
north. Originally it was 2 rooms with central cross passage but the partitions
have been removed to create more bar space. One-room plan rear block projects
at right angles from the centre with single storey integral outshots each side
giving the whole ground plan a rectangular shape. Main stack at the junction
between the 2 blocks. C20 extensions to rear.

Exeteror: Symmetrical 2-window front. The first floor windows are 16-pane
sashes. The ground floor has canted bay windows with Gothick cast iron corner
posts, front 12-pane sashes and side 8-pane sashes. The monopitch roof over
these bays is continued as a shallow pent roof across the whole front.
Central doorway contains a part-glazed plank door. The roof is hipped both
ends. The other windows around the building are C20 casements, most with
glazing bars.

This is a particularly attractive public house which forms part of a group of
listed buildings at the western approach to Hadlow.