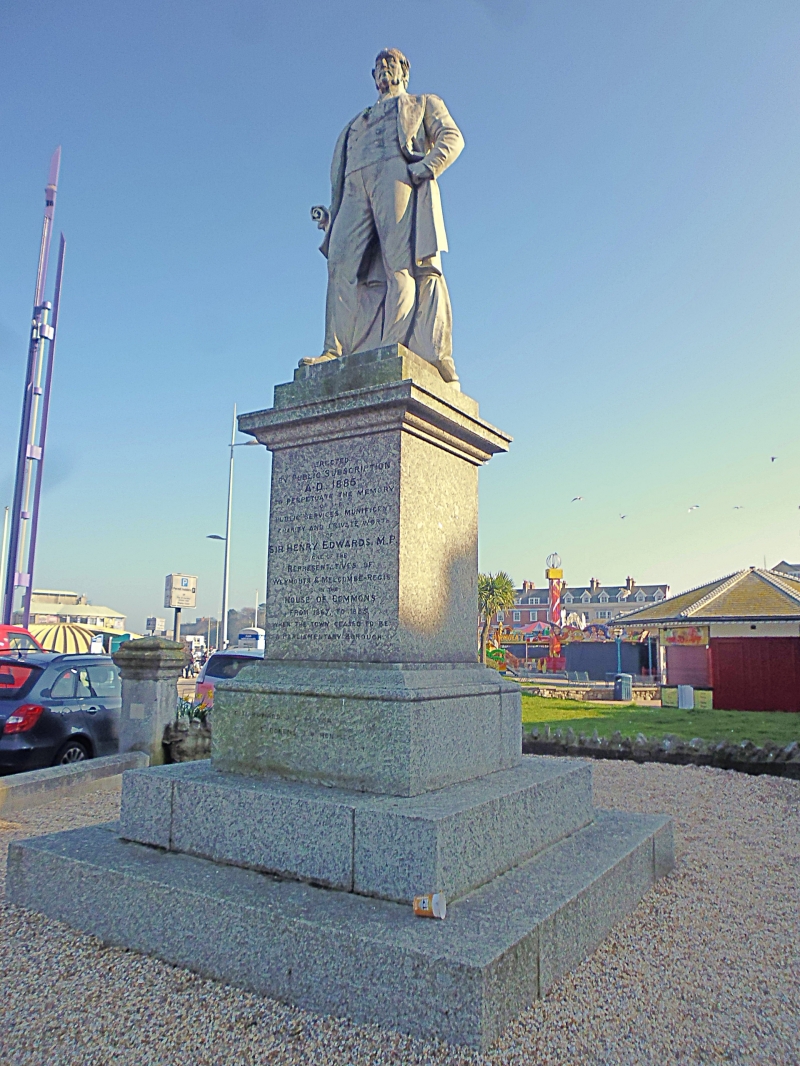 Commemorative statue to Sir Henry Edwardes. 1885. By W and T
Wills. Statue in white Sicilian marble, plinth in Cornish
granite.
The naturalistic figure, over life-size, stands on a square
pedestal approx 3m high, with blocking-course on a moulded
capping, tall shaft with inscription, moulded plinth and
double-stepped base. The inscription reads, in part: 'Erected
by public inscription AD 1885.. (to) Sir HENRY EDWARDES,MP,
One of the Representatives of Weymouth and Melcombe
Regis....... to 1885, When the town ceased to be A
Parliamentary Borough'.
HISTORICAL NOTE: The Southern Times of 16 January 1886
reported the public unveiling of the statue in a fulsome
encomium, which includes '.... pronounced by competent
authorities to be a splendid work of art....The action is
excellent, being dignified and full of life..... The
cost...will be close on »800'. The same report contrasts the
statue with '...that hideous monstrosity known as the King's
Statue...'. Current assessments of the artistic contrast might
not be the same, but Sir Henry was a great benefactor to
Weymouth, including, for instance, the Almshouses in Rodwell
Avenue, James Street, and Rodwell Avenue (qv), so that the
monument has local historical interest.
(The Southern Times: 16 January 1886: Weymouth).