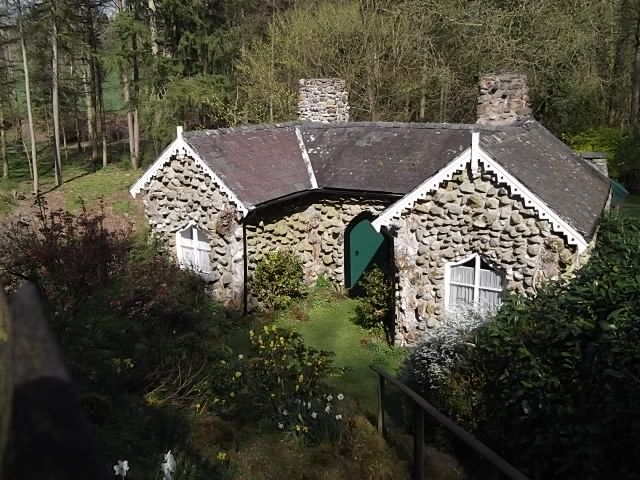 Single storey. Ogee-headed windows to gables and to outer walls, latter retaining latticed lights. Central nail-studded plank door in pointed wood surround. Two prominent integral stacks to back wall. Lean-to to rear, constructed of uncoursed limestone rubble except for cobblestones on side facing river, may be slightly later but also has pointed Gothic windows, one with Y-tracery and latticed lights. According to an inscription at Brynkinalt (Clwyd) Lady Dungannon 'embellished' the associated park between c. 1808 and 1812 and it is likely that the lodge was built as part of this scheme.