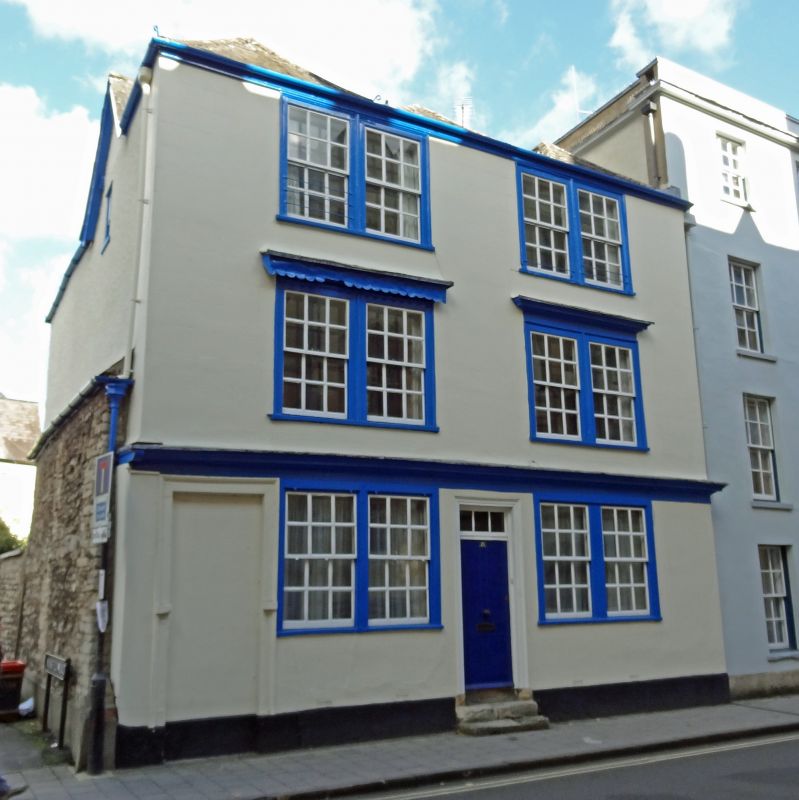 HOLYWELL STREET
1.
1485
(North Side)
No 20
SP 5106 NE 6/208 12.1.54.
II GV
2.
House. RCHM 206. Early C17, refashioned in C18. 3-storeyed cement-rendered
timber-framed front on a stone base. The South front has a moulded cornice
at the 1st floor, 3 hipped gables in a Welsh slate roof with modern red brick
stacks. The ground floor has 2 double C18 sash windows in modern wood frames,
1 on either side of the front doorway which has 2 steps up to it, a moulded
wood frame and a rectangular fanlight. The 1st and 2nd floors have similar
double sash windows. On the West is a passageway and in the West wall of
the house on the ground floor is some original early chamfered wood partitioning.
The West side of the passageway is of rubble and has a gable end above it.
In September 1949 the South front was stripped and refaced with grey cement
rendering on expanding metal laid on the timber-framing. Behind the old
plastered front were found at each end of the 2nd floor the original C17
2-light wood mullioned window frames which had been left undisturbed by
the Cl8 frontage; these were again covered over. Interior: RCHM p 181 a.
Includes an early C17 staircase, plastered ceilings, overmantel and panelling
and 2 C18 moulded stone fireplaces and some C18 panelling.

All the listed buildings on the North Side form a group.