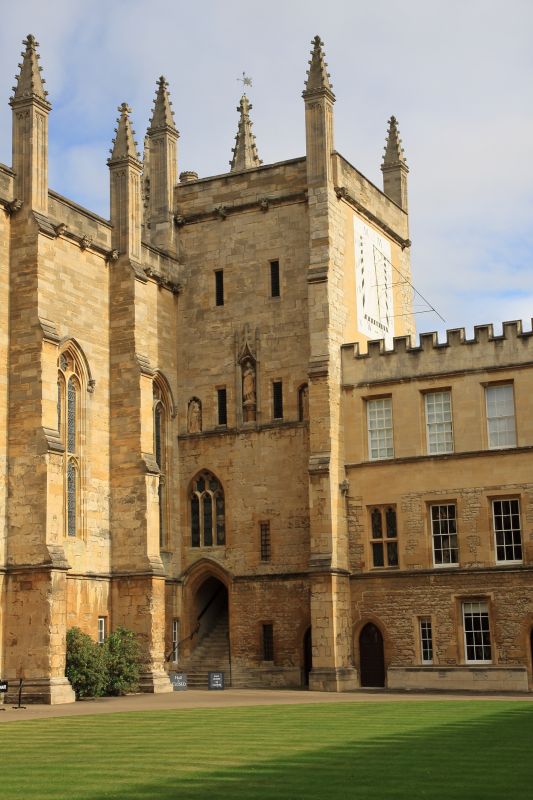 NEW COLLEGE
1.
1485
Great Quadrangle
East Range
SP 5106 SE 9/242E 12.1.54.
I
2.
The Muniment Tower at the North end was built late in C14; the window of
the staircase to Hall has Cl4 and later armorial stained glass. The Old
Bursary to South of Muniment Tower has a panelled ceiling of circa 1500.
The old library on 1st floor was remodelled in 1778 by Wyatt, and most of
the windows had been remodelled in the early C18; the Upper Library was
also fitted up by Wyatt. One of the external window frames of the old Library
(at North end of West front) has recently been restored.