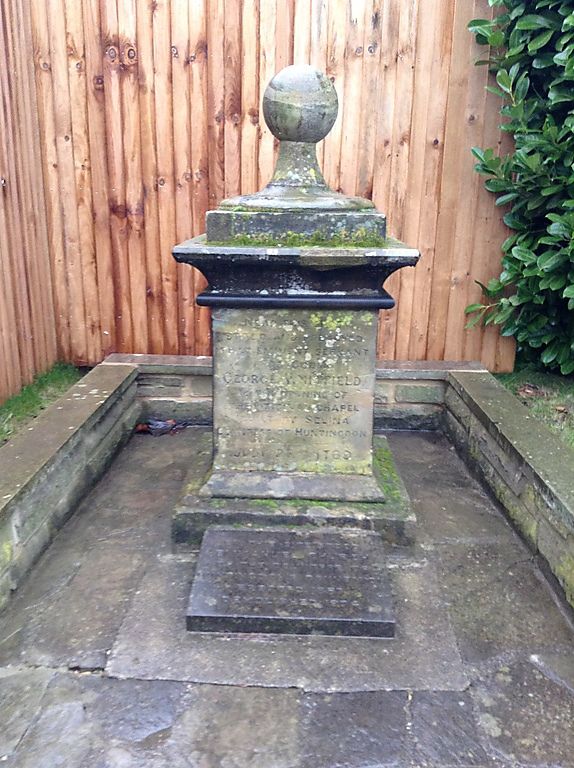 Commemorative monument. Later C19 monument commemorating the nearby preaching of the renowned preacher George Whitfield at the opening of the chapel built by Selina Countess of Huntingdon in 1769. Sandstone monument about 3 feet high square in shape with moulded plinth, moulded cornice and ball finial and inscription to one face "Near this spot stood and preached that eminent servant of God George Whitfield at the opening of the original chapel built by Selina Countess of Huntingdon July 23rd 1769." An attached flat tablet refers to the Countess of Huntingdon Chapel nearby which has since been demolished. These dissenting places of worship were erected in towns such as Tunbridge Wells specifically to attract the upper classes. George Whitfield and other preachers were her chaplains and when he died in 1770 he left her in his will considerable possessions in America.