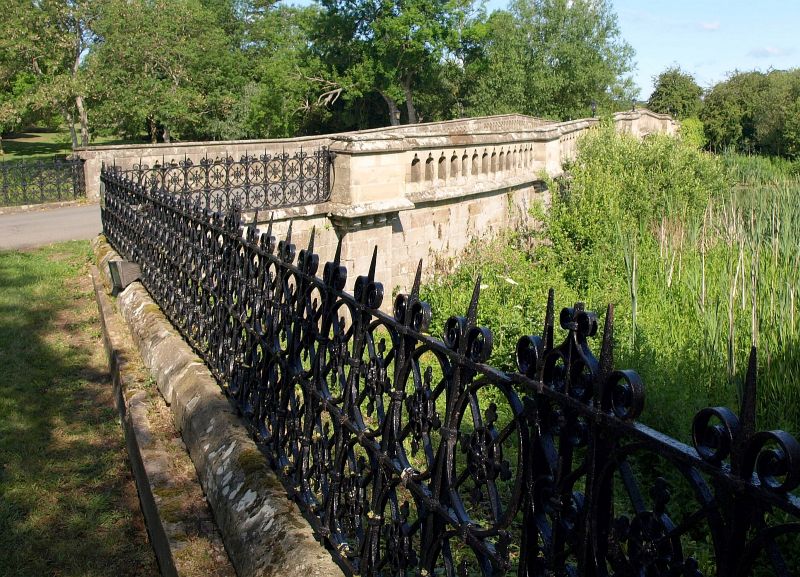 Bridge over lake and attached railings. c1860. Probably by Sir
George Gilbert Scott. Ashlar and wrought-iron.
Bridge has wide segmental-pointed arch flanked by 2 smaller
similar arches; 2 large and 2 small triangular cutwaters.
Cornice and balustrade to each side has cusped arches between
piers, and moulded coping. Railings starting from south-west
end of bridge extend for approx 120m enclosing a section of
the lake shore; chamfered ashlar plinth to widely spaced
railings with rails forming 2 tiers of squares with richly
ornamented circles; an ashlar pier about half-way along has
gabled cap; similar shorter length of railings attached to
south-east end of bridge.