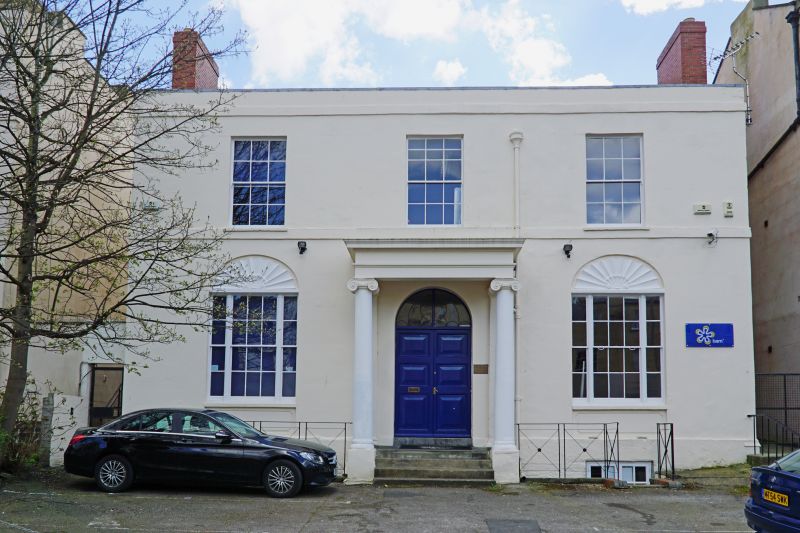 Villa, now offices with attached area railings. c1810-1820:
shown on the Post Office Map of 1820, with later alterations.
Ashlar over brick, now stuccoed, with concealed roof and
renewed brick end stacks; wrought-iron area railings. Double
depth plan.
EXTERIOR: 2 storeys on basement, 3 first-floor windows.
First-floor band, eaves band and low parapet. Steps to central
entrance, 6-fielded-panel double doors with fanlight with
decorative glazing in distyle Ionic porch with architrave,
frieze, cornice and blocking course. Ground floor has
tripartite windows, 6/6 between 2/2 sashes in shallow-arched
recessed with fan ornament in tympana and aprons below. First
floor has 6/6 sashes in plain reveals. Second floor removed.
INTERIOR: renewed to ground floor, otherwise not inspected.
SUBSIDIARY FEATURES: area railings have X-motif.
HISTORICAL NOTE: Cambray Place was laid out as an avenue
leading to Cambray House, at one time rented by the Duke of
Wellington but since demolished and replaced by a mid-C20
block of flats.
A similar design to No.27 (qv).