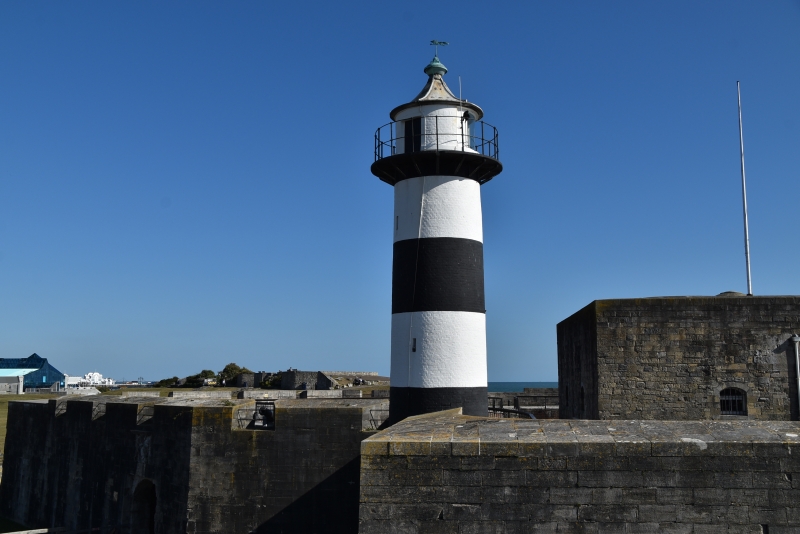 Lighthouse. 1828. Brick headers painted with black and white
bands. Door off Western Gallery firing platform. Short round
tower with lantern at top, iron gallery and tented roof
surmounted by ball finial. The lighthouse is constructed on
the north face of the Western Gallery gun platform of Southsea
Castle (Scheduled Ancient Monument, not included) which was
originally built by Henry VIII and had substantial later
alterations, and marks the deep water channel for vessels
entering Portsmouth harbour.
INTERIOR not inspected.
(Lloyd DW: Buildings of Portsmouth and its Environs:
Portsmouth: 1974-: 78).