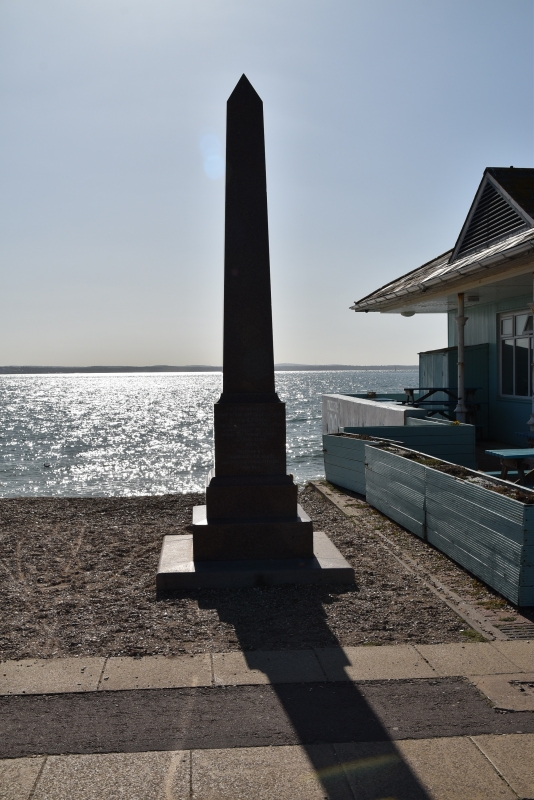 Monument. c1860, re-erected 1877. By Macdonald Field and Co.
Granite. 4-sided polished pink granite obelisk on stepped base
set on unpolished granite slab. Inscription reads "To the
memory of forty-four Officers and Men of H.M.S. Trident who
died of yellow fever in the short space of six weeks during
the unusual epidemic at Sierra Leone 1859". "Erected by
Commander F.A. Close and the surviving Officers and Men".
"Re-erected by Admiral Close, 1877".
(Berridge DW: Monuments and Memorials in the City of
Portsmouth: 1984-: 4).