Lamp columns on Promenade, south side

A Grade II Listed Building in Eastney and Craneswater, Portsmouth 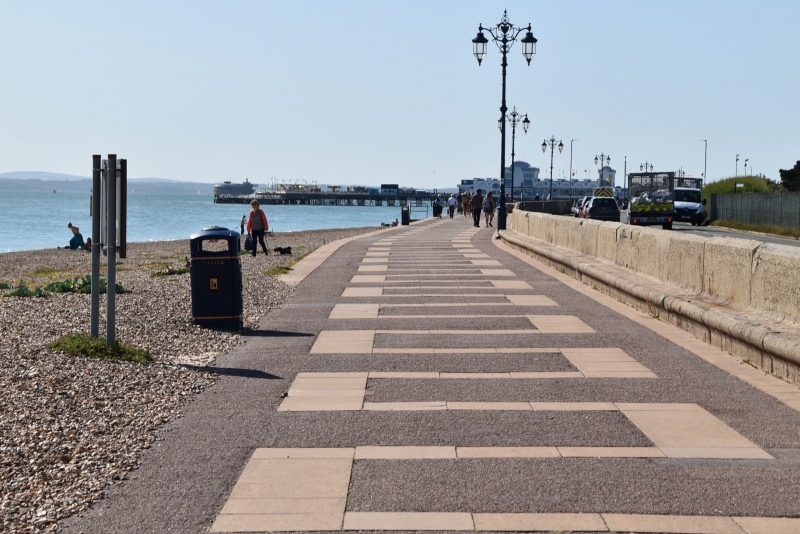 Columns spaced at varying intervals between 70 and 90 metres. Each a tall round column with bulbous iron leaf motif at foot set on an ornate round fluted pedestal with moulded base and cap. Portsmouth City crest on pedestal. Manufacturers plate on base. Ionic capital two thirds distance up column, then ornate moulded and fretted ironwork at top with Portsmouth City crest at centre, paired swan neck arms each with attached hexagonal iron framed glass lantern to the five western columns, and later lamp glass with metal hood to remaining twelve columns. Some lamps have broken or missing parts.