Numbers 73 and 75 and Attached Area Railings to Right 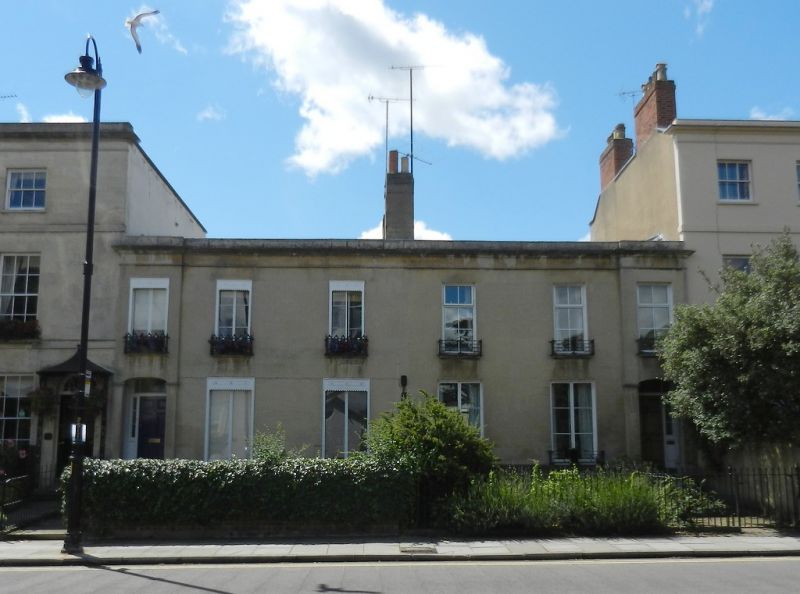 Entry Name: Numbers 73 and 75 and Attached Area Railings to Right

Pair of terraced houses and attached area railings to right.
Numbered right to left, described left to right. c1800-20.
Ashlar over brick with hipped slate roof, 2 tall stucco
party-wall stacks; iron window boxes and railings.
EXTERIOR: 2 storeys with basement, 6 first-floor windows
(3:3). End window-bays break forwards. Windows: ground floor
has casements, first floor at left has tall 6-pane casements,
those to right are C20 replacements; all in plain reveals,
those to left have blind boxes. Basements have 8/8 sashes. End
entrances: elliptically-arched openings on imposts have
recessed 6-fielded-panel doors with side-lights and
overlights. Crowning frieze and cornice with blocking course.
INTERIOR: noted as retaining original joinery including
panelled shutters to some windows, otherwise not inspected.
SUBSIDIARY FEATURES: window guards to first floor have arcade
to left and rod and lozenge motif to right. No.73 has
Cottingham-type scroll motif to area railings.
HISTORICAL NOTE: reputed to have been built as 2 gardener's
cottages to Lord Suffolk's house, this would indicate an
earlier date as the Duke died in 1812.
(Chatwin A: Cheltenham's Ornamental Ironwork: Cheltenham:
1975-1984: 43).