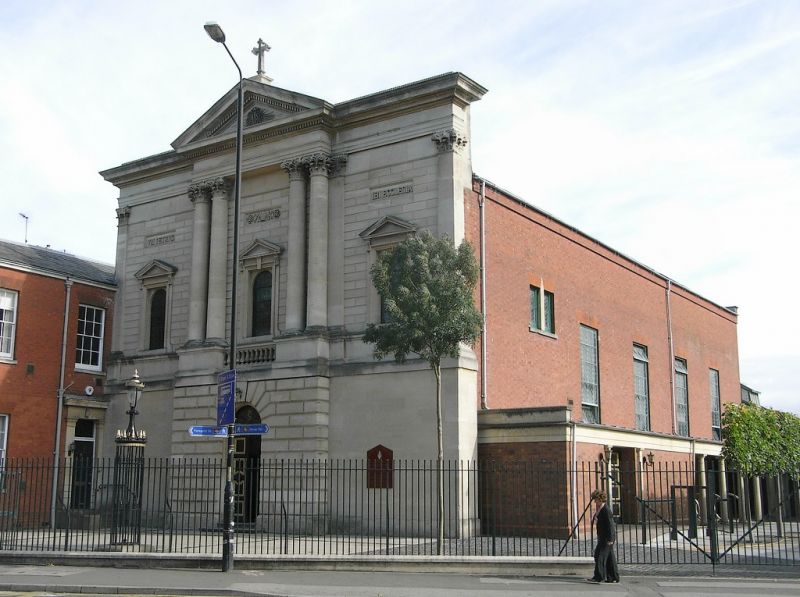 GV
II*
Church.1829 with later alterations including those to chancel of 1880 and west facade of 1887. Architect Henry Rowe with alterations probably by S.J Nicholl.

INTERIOR: gallery to west, north and south sides; curved staircases to either side at west end with sticks and carved tread ends to gallery on two Ionic columns. Stepped benches to gallery. Cornice has egg-and-dart and acanthus moulding; moulding to centre of ceiling and three ceiling roses with acanthus motifs. Screen to east end has two fluted columns to centre with honeysuckle frieze and wide opening between two smaller openings; coloured marble reredos.

HISTORICAL NOTE: This is a robust example characteristic of those which manifested the confidence of the Catholic community after the Catholic Emancipation Act of 1829, which caused constraints on public worship. Sir Edward Elgar was organist here during 1885-1858.