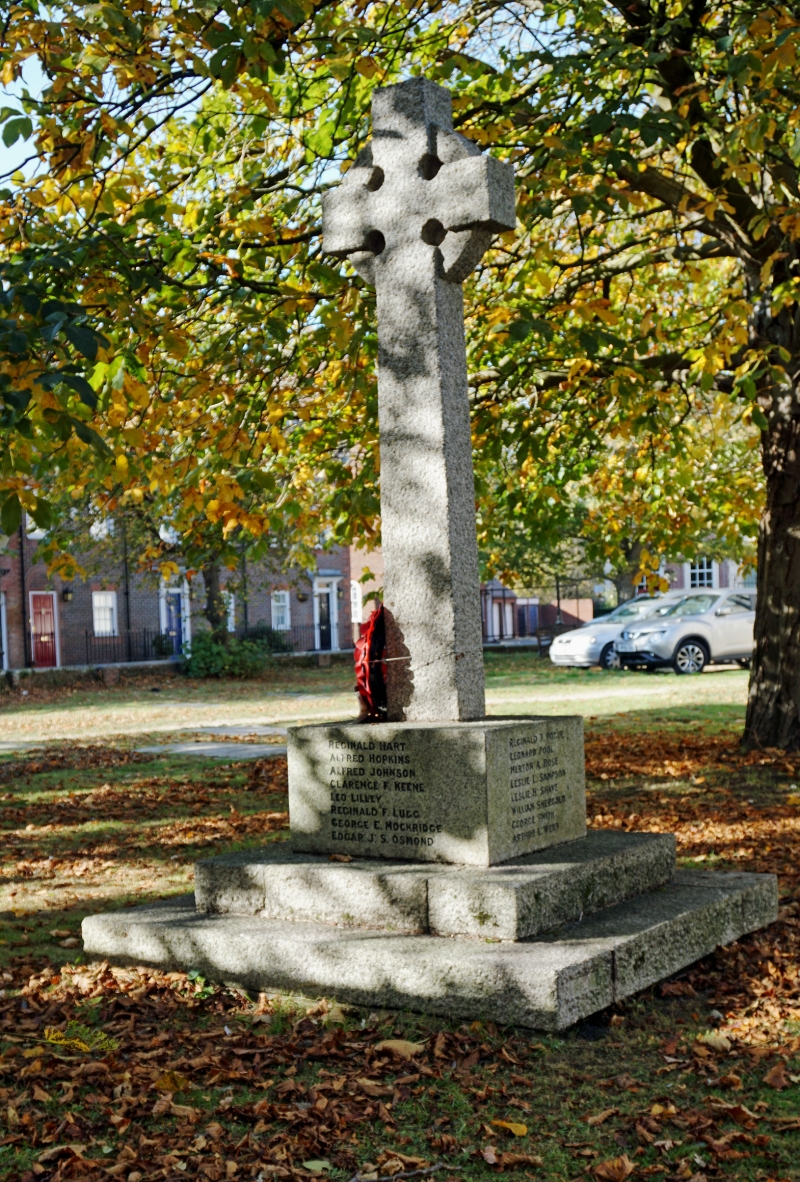 First World War memorial, erected in 1921, later moved to its current location in 1988.

The memorial is of granite stone construction, is 2.57m high, with a tall shaft, on a plinth and two-stepped base, surmounted by a Celtic cross. The north face of the plinth bears the following inscription in black-painted lettering:

The south, east and west faces of the plinth bear the names of the fallen.

The war memorial sits in the churchyard of St. James Parish Church. It originally stood in the grounds of Poole Secondary (later Grammar) School as a memorial to those former pupils who fell in the First World War (1914-1918). It was unveiled by the Mayor of Poole and the names of those commemorated were read out by the school’s headmaster, Mr A J Mockridge, at an inauguration ceremony on 29th September 1921 attended by local dignitaries. It was moved to its current location in 1988 due to the demolition of the school. At this point the memorial was cleaned and the lettering re-done. The rededication ceremony took place on 11th November 1989.

Poole School Cross War Memorial is designated at Grade II for the following principal reasons:
* Historical interest: as a permanent testament to the sacrifice made by this community in the First World War and it is of strong historic and cultural significance both at a local and a national level;
* Group value: standing within St James Churchyard and adjacent to St James Parish Church (Grade II*).