A Category A Listed Building in Aviemore, Highland 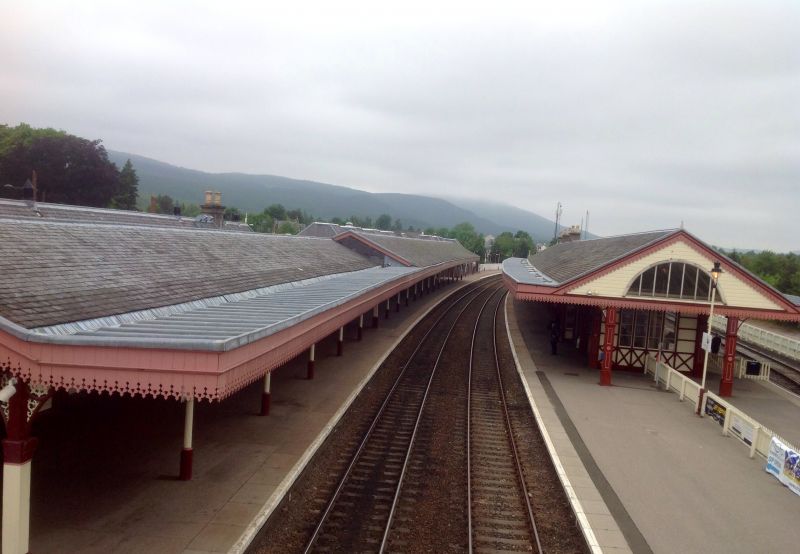 FENCING: picket fences to perimeter and between platforms.

Aviemore Station is a rare and outstanding example of late 19th century, timber railway station construction and has no equal in the Highlands. The platform buildings are finely detailed, particularly to trackside elevations and retain numerous original features and elements. The curving timber and cast-iron awning with pierced timber valences equally notable, having been sensitively restored at the end of the 20th century. Opening in 1863, the original station buildings by Inverness and Perth Junction Railway were rebuilt in 1892 by the Highland Railway Company.

The cast-iron footbridge by the Highland Railway Company, with trellis balustrade linking the down and centre island platforms, adds to the group value.

The timber signal box (see separate listing) at Aviemore is the largest survivor of the archytypal Highland Type 3 box by renowned the signalling manufacturer's McKenzie and Holland. Installed not long after the station was rebuilt in 1892, its timber weatherboarded construction is in keeping with the intervisible buildings on the station platform.