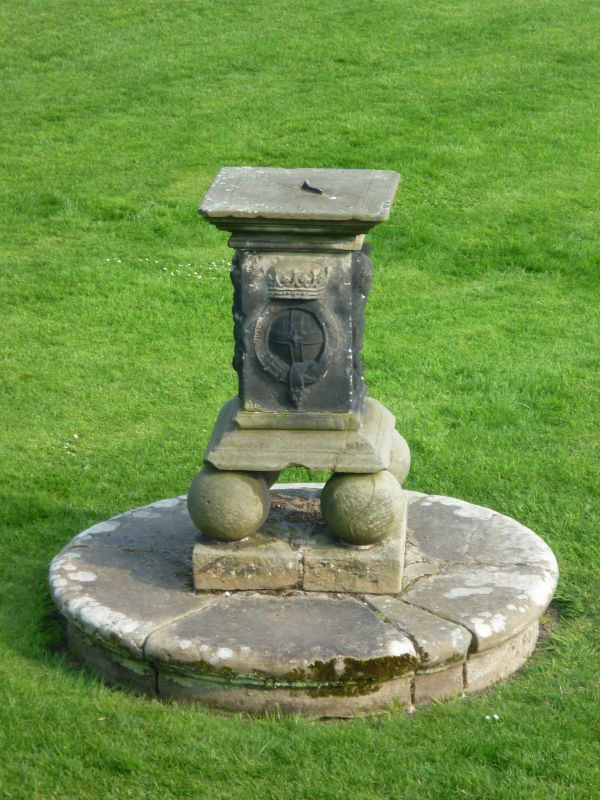 The monument consists of a late-medieval disc-headed cross with a socket stone, brought to Inveraray during the late 19th Century, and re-erected as a garden ornament close to the SE front of the Castle.

The cross-shaft is incomplete, but the head and the greater part of the shaft survive, only the foot of the shaft being reconstructed. At present the cross stands to a height of 2.2m above the base. Of this the original fragments measure 1.64m. The span of the arms was 0.47m before the breaking-off of the left-hand arm, which is now missing. The front of the disc shows Christ crucified flanked by St Mary and St John, within a border of trefoiled leaves. The upper arm bears a figure of St Michael slaying the dragon and the side arms are blank. The back of the disc bears a hunting scene within a similar border and, in the upper arm, a bishop or abbot carrying a crozier and in the act of blessing. The shaft is carved both front and back with interlaced foliage, springing (on the back) from an armed mounted figure at its foot. Stylistically, the cross-shaft closely resembles MacLean's Cross in Iona and MacMillan's Cross at Kilmory Knap.

The socket stone measures 0.84m square by 0.15m in height, and is covered in foliage ornament. It bears a dedicatory inscription to Abbot Finguine, probably the abbot of Iona of that name who ruled c1357-c1408. The socket appears to be too large for the shaft, and the suggested dating for the shaft of the second half of the 15th Century implies that the two were not always associated.

Cross-shaft and -base were brought from the site of the important medieval church at Kirkapoll on Tiree during the late 19th Century.