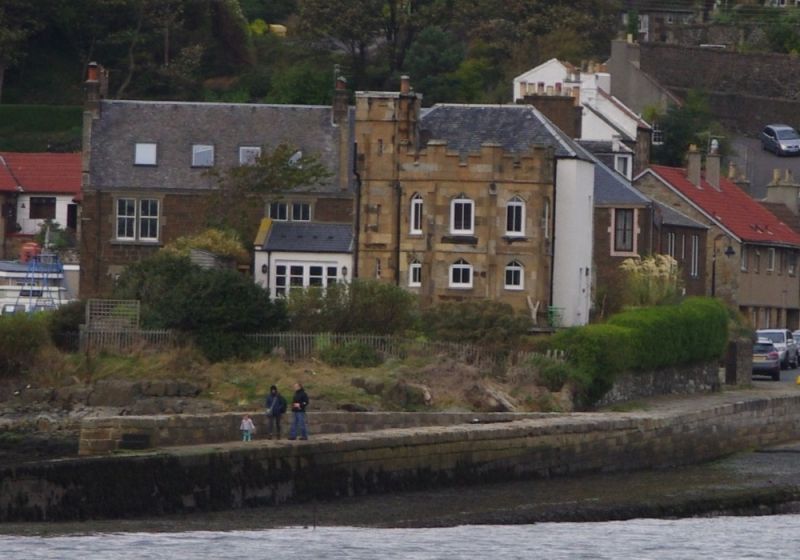 A-group with Lantern Tower, Town Pier and East and West Battery Piers (see separate listings). This building forms an historic association with the Ferry Passage between North and South Queensferry and is linked to the contemporary construction of the Lantern Tower, Town Pier, East Battery Pier and West Battery Pier, which were designed by engineer, John Rennie. In 1809, the Forth Ferry Trustee Company was established and subsequently an Act of Parliament was passed in 1810 by which the former proprietors of the Ferry Passage were compelled to sell their rights to the Government at the price of #10,000. Facilities related to the landing at North Queensferry were in much need of upgrading and John Rennie was commissioned to provide improvements to the existing slip landings and piers at North and South Queensferry at a final cost of #33,825 pounds Sterling, which included a light-house and signal house. The Signal House cost #406-9-1 pounds Sterling and contained a room for the boat crews in waiting on the ground floor, and a room for the accommodation of the superintendent and for conducting business connected with the ferry passage on the first floor. The Signal House was also used for the purpose of a light-house. The first ferry superintendent was Capt John Scott (1767-1850) of Seabank Cottage (see separate listing), who was appointed in 1810 and retired 1838. Discarded stone from crenellated parapet is now used in garden as part of the flowerbed. Old photographs indicate that the tower once had a spired roof, as confirmed by Graham in his 1969 article. The spired roof was removed sometime after 1969 and prior to 1988.