A Category B Listed Building in Inveresk, East Lothian 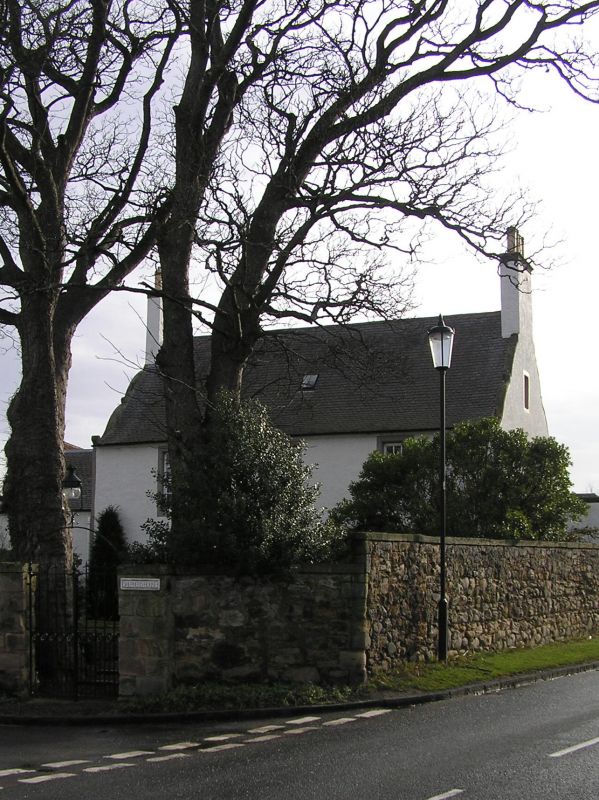 Built by Alexander Weir, Edinburgh lawyer, on site of

name. Owned by the Handyside family in the 19th century,

who also owned the single storey cottages to the NW, and

who probably added the billiard room, since replaced by

the conservatory on the S elevation. The house was

flatted during this century, but was restored as one

after 1958. The stable block enclosing the garden to E,

and linking Crookston Road, is now in separate