A Category B Listed Building in Falkland, Fife 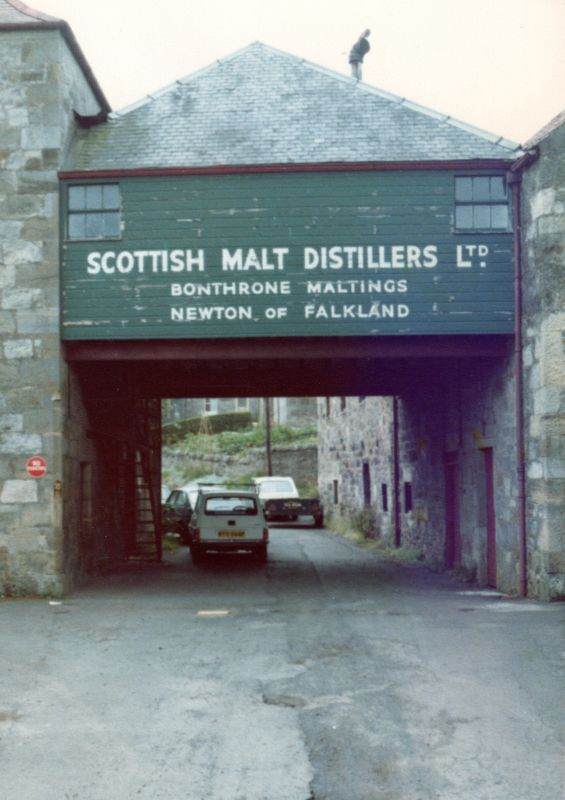 Maltings and brewery complex, established 1600, remodelled early 19th century, and again at later dates during the 19th century, comprising North Maltings ranged along Main Street, and later South maltings, forming a courtyard to S, linked to North Maltings by oversailing bridge carried across Home Road, attached to South Maltings kiln. Rubble with pantiled and slated roofs. 3 kilns with pyramidal roofs and pagoda ventilators add to visual impact of the group in the landscape.

North Maltings: wedge-shaped site, with long single-storey N range to street, and double malt barn ranges linked to S, square-plan kiln at centre to W, with W elevation of N range and W gables of maltings splaying to either side.

Important feature in the village and a distinctive landmark in the countryside. The bonthrones began brewing here in 1600 and stopped in 1916, thence to concentrate on malting and bottling, and acquired rivals at Ladybank in 1935 and Pitlessie in 1937, also having Stratheden Distillery from 1829-1929 at Auchtermuchty. Malting stopped in 1960.