A Category C Listed Building in Helensburgh, Argyll and Bute 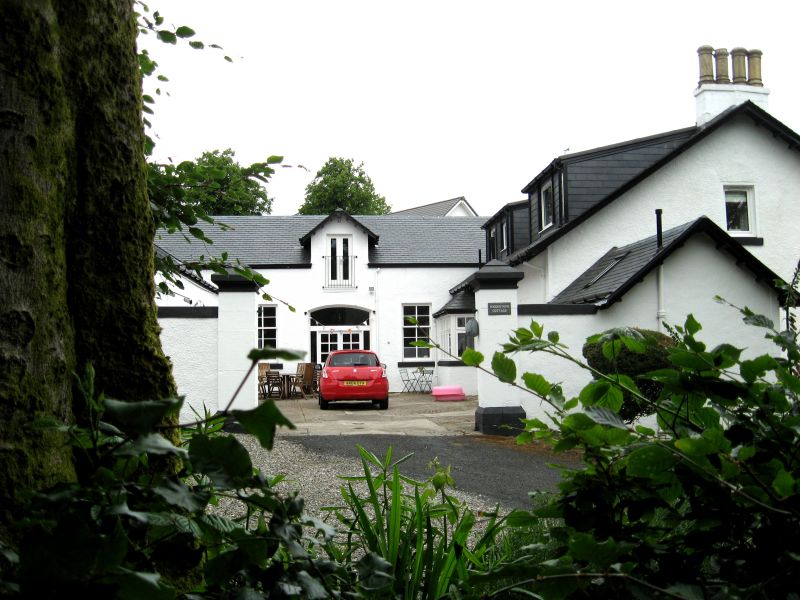 COACH HOUSE AND STABLES: entrance to stable court and rear of cottage through painted sandstone piers at S, gable of single storey block to right and taller gable of stable to left.