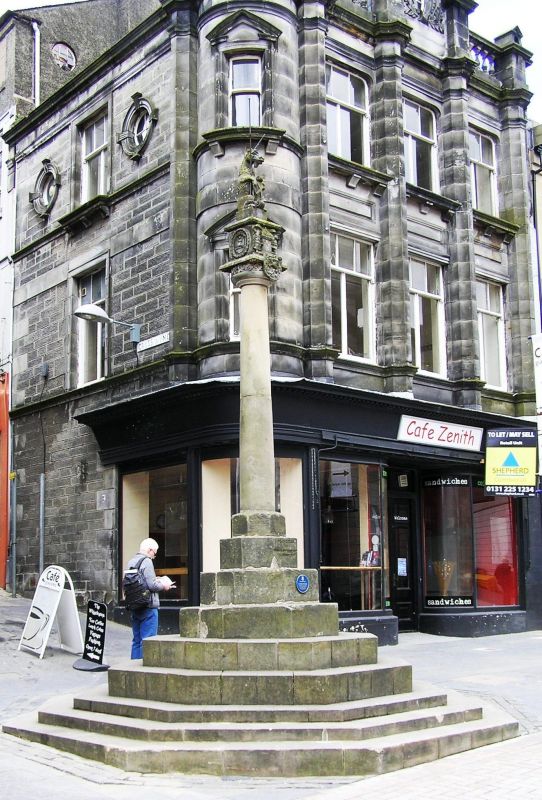 Prior to 1992 a shaft dated 1695 was extant. The base and decorative head probably date from the re-erection of the cross in 1868. (It had been removed and the pillar built into the wall of a nearby house in 1752). It is possible that the urnicorn may be a much restored 17th century carving. The Dunfermline Press recorded that a carved stone was designed by Joseph Noel Paton as a mounting for the unicorn in 1868. The market cross was resited in this position (believed to have been its original one of 1396) in 1992.