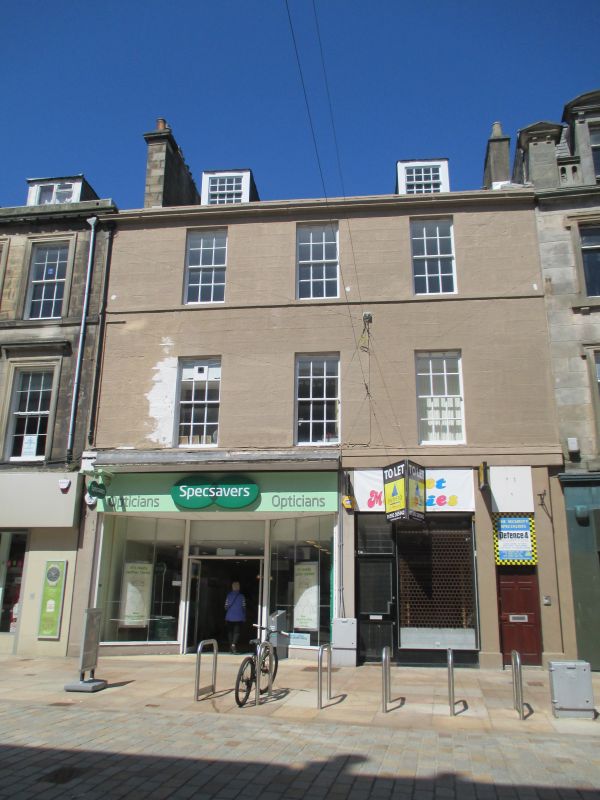 A photograph of Kirkcaldy High Street, taken by Valentine before tram lines were laid, shows this building with an arcade of 7 round-headed openings at ground, the 3 west bays being the shop of John Crawford, Bookseller.