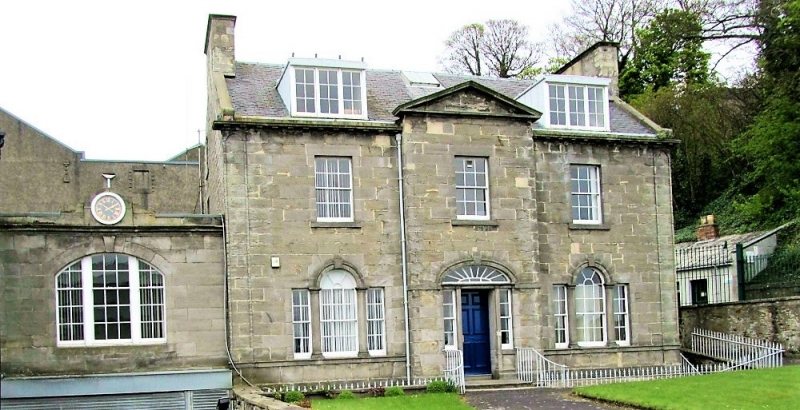 FORMER HORSEMILL: harled and slated circular horsemill to W of office and incorporated into harled mill buildings to N. Steps down to timber door to NE with louvered opening beyond to right, window with small- pane glazing pattern to left and further louvered window to S.

According to Millar "The East Mill of Kirkcaldy was acquired by Magister Robert Richardson from the Commendator of Dunfermline in 1563" (p106), the present house was built in 1793 by the then distillery owner, Spiers. Some additions were made in 1879 (probably the west bridge wing) and in the 1940s Gillespie & Scott carried out drainage and bridge repairs among other works. East Bridge Mill is one of only three working commercial mills in Scotland.