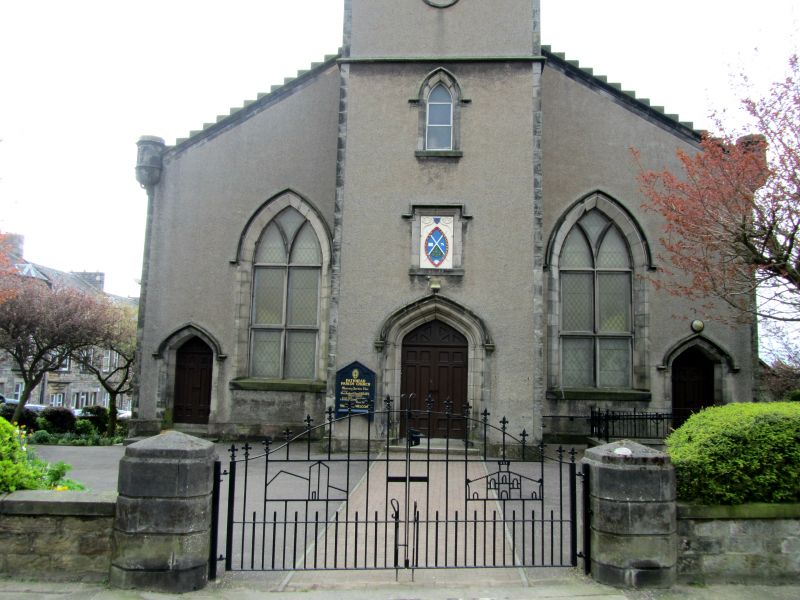 S ELEVATION: lower chancel with raised centre tripartite window projecting at centre, 2 narrow windows high up in gablehead and bartizan as above at apex.

Ecclesiastical building in use as such. A Quoad Sacra Church from Dysart Parish, the foundation stone of the Old Parish Church was laid on 1st May, 1822 after considerable objection to the raising of a separate congregation; the Church Bell is also dated 1822 but the Church did not open for worship until 2nd November, 1823. After the Disruption the church became known as Pathhead East with the remainder of the congregation moving to the new West Church in St Clair Street. Described as 'The New Old Kirk', the present building was rebuilt after Pathhead East Church, was destroyed by fire on 15th November, 1953. The building was rededicated on 30th April, 1958 with the East and West Congregations reuniting. The Children's Window was donated in memory of two children who died in infancy, and the Communion Window given by the Sunday School. "The Pulpit and Communion Table came from St David's Church, Crail; the Organ, a second Communion Table and the font from Pathhead West Church, while the silver bowl inside the font belonged to Loughborough Church, as did the Communion Chair. The Lectern once stood in St Mary's Church, Dundee", PATHHEAD PARISH CHURCH.