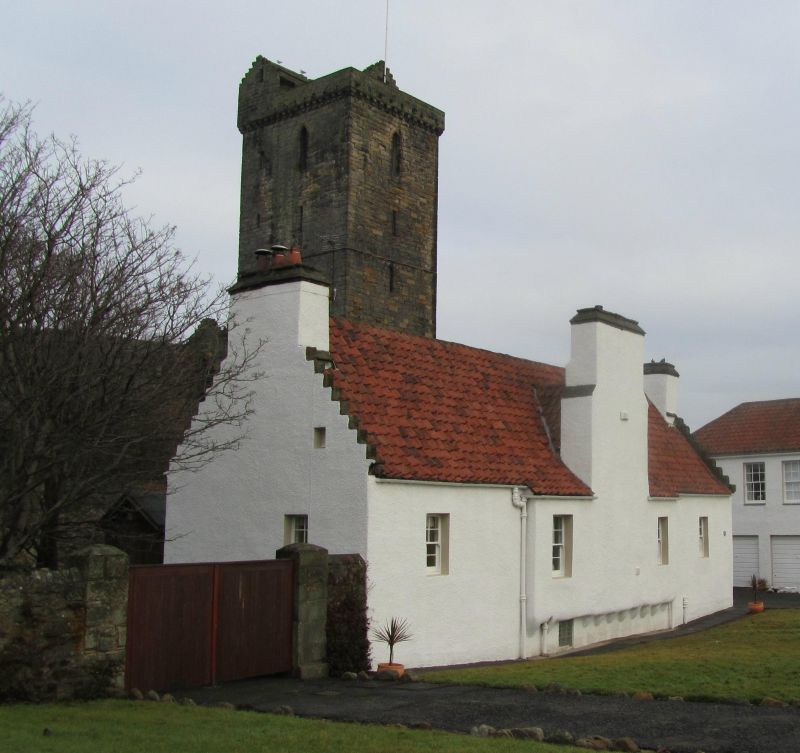 E ELEVATION: horizontal light to left of centre at ground, window above to left and small window to left in gablehead with broad gablehead stack.

The National Trust for Scotland Little Houses Scheme was instrumental in the 1969 reconstruction when the 16th century layout became apparent; there were 3 ground floor rooms and a 1st floor hall with stone fireplace and ceiling coombed into the roof-space, lower rooms to each side had painted ceilings (removed 1969). The rear wing (possibly 18th century) is thought to replace a timber gallery supported on posts. Built for Patrick Sinclair whose coat of arms and initials were discovered on a painted ceiling, the three human head skewputts are thought to represent King James VI, Anne of Denmark and their son, Charles I. Cunningham calls it the 'Old Manse' and thinks the lintel inscription may have been added by John Young, Protestant Minister, after the Reformation. Early in the 19th century it was the home of John Ruskin's grandparents, and later became the Bay Horse Inn.