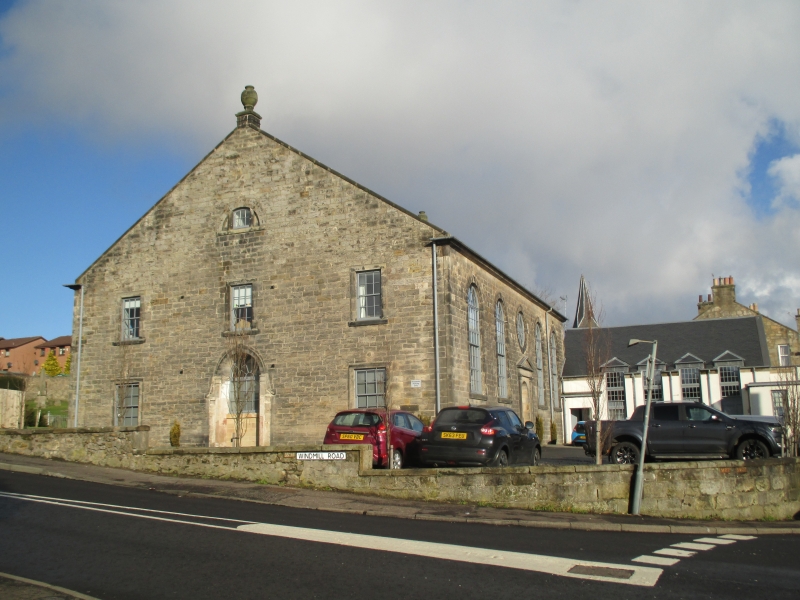 GRAVEYARD: 19th century classical stones, including variety of moulded pediments and obelisks. Classical stone (to E wall) of 1821 with fluted pilasters and cornice surmounted by scrolled pediment with small urn.

Ecclesiastical building no longer in use as such. Originally Dysart Parish Church, the Barony seated 1600 people and was built at cost of between £1800 and £2000. 1932 additions by Walter Alison ARIBA, 27 Kirk Wynd, Kirkcaldy. After the congregation joined Dysart Kirk in 1972, the YMCA used it for a while but the building now (1997) stands empty.