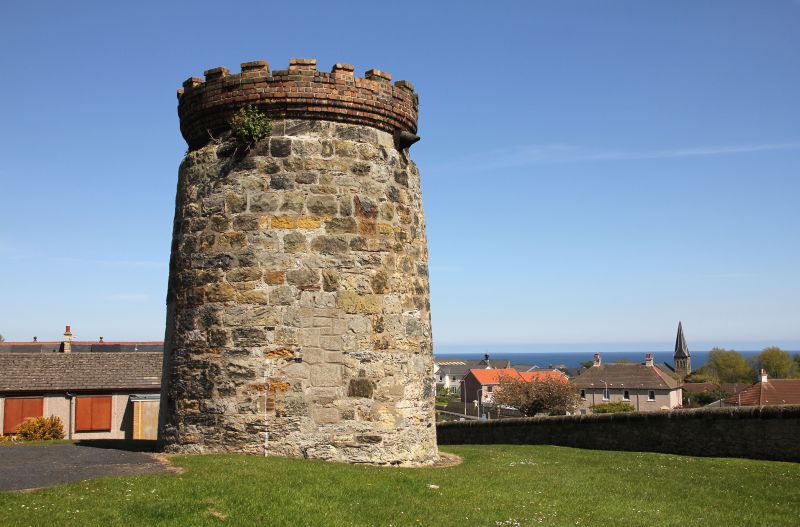 Originally 5.9m high, the windmill's reduced top stage probably housed the cap track; the vault, which was 13.5ft wide and projected about 10ft, was demolished in the 1950s. Windmill Quarry was located some 50m to the N, but local belief that the mill was used to haul stone from the quarry bed is most unlikely. It was converted to a lookout tower in the early 19th century, and possibly again towards the end of the century by the owner of nearby No 56 Windmill Road; during WWII it housed a searchlight.