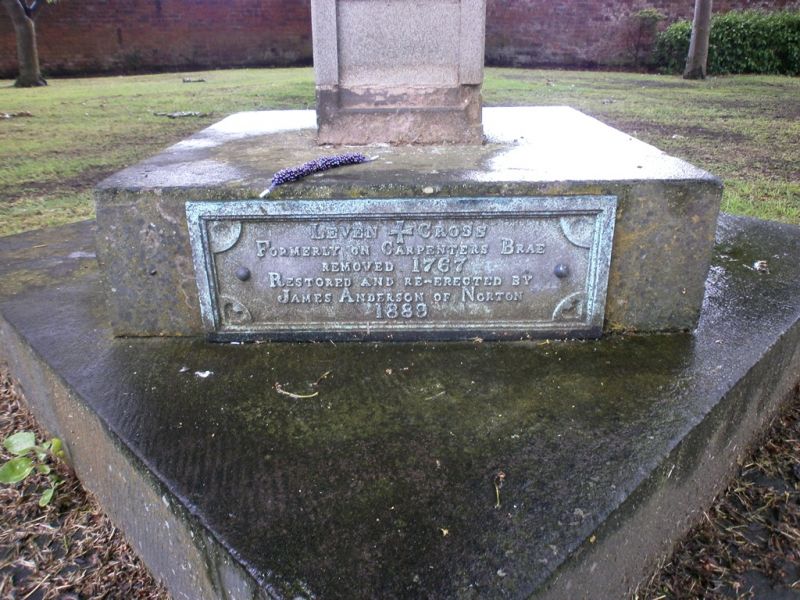 It is widely believed that the shaft and capital belonged originally to the town cross which was removed from its site at Carpenter's Brae in 1767 for the funeral procession of Mr Gibson (formerly of Durie House which burned down in 1762). Nothing is remembered of its whereabouts until 15th January 1889 when Mr James Anderson of Norton House discovered it (broken into pieces) built into a garden wall. This gentleman funded its restoration, with a new (conjectural) finial and it was subsequently erected outside the Greig Institute at Viewforth Place. As the road at Viewforth was widened in 1982, the sundial was moved to the grounds of Carberry House. Although regarded primarily as a market cross, Small points out that it was largely a sundial first and was probably utilised as a cross.