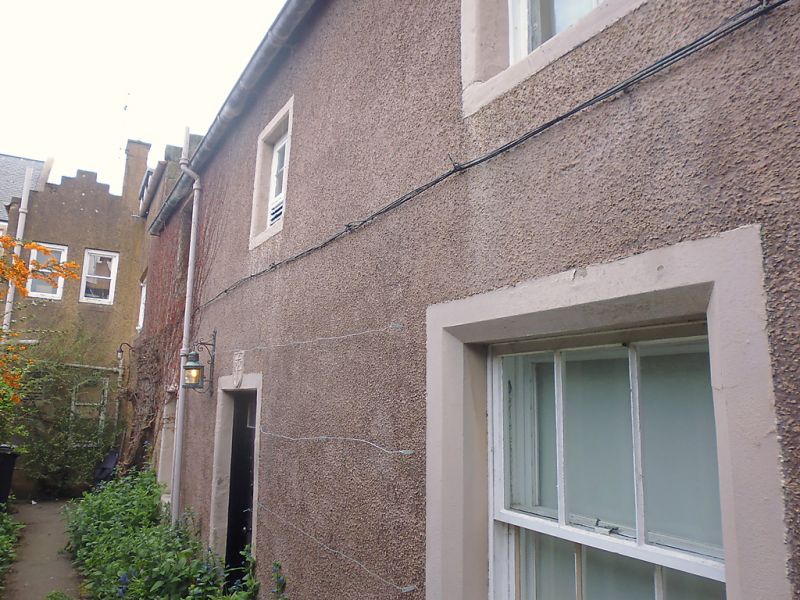 The close wall to the east (part of 108, 110 South Street, listed category B, Item 108) which includes various blocked openings is an important part of the setting of all the buildings in this close.

This house and the adjoining house at the end of the close have been integrated into one since the late 1930s when both properties were restored by the Rev Alexander Rutherford Howell. Mr Howell was a founder member of the St Andrews Preservation Trust, a pioneering body in the building preservation trust movement in Scotland and influential in initiating the restoration of much of the medieval core of

St Andrews, especially close properties such as this. Mr Howell had previously worked with Robert Lorimer on the restoration of Paisley Abbey where he was a minister from 1918 to 1935; he is the author of PAISLEY ABBEY, ITS HISTORY, ARCHITECTURE, AND ART (1929).