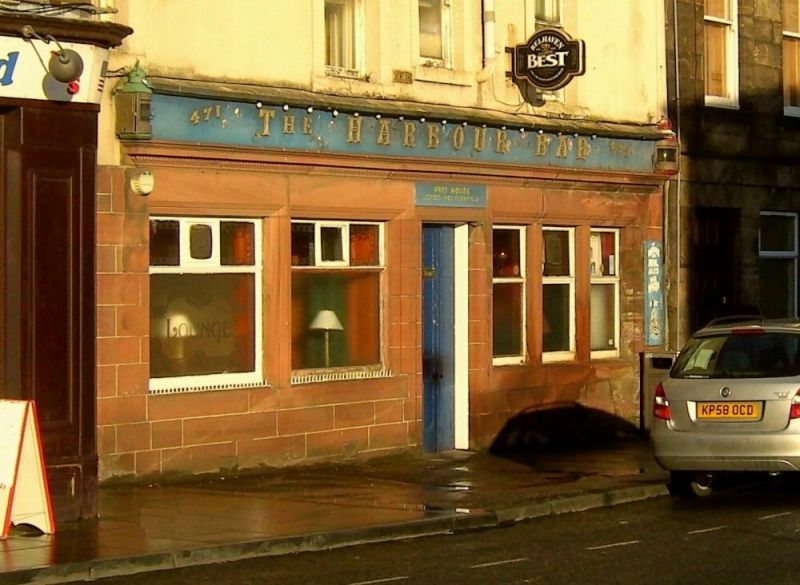 The well-detailed Harbour Bar, which is situated between the original High Street route and the harbour, boasts a rare survival with its tiny jug bar and has an interesting history having developed from a tenement incorporating a ship's chandler. The building is of early origin and originally had a centre pend with houses to one side and a ship's chandler to the other. The chandler sold rum and this may be the origin of the first public house on site which was operating by 1896 and was known as Todd's Bar, named for the owner. The gantry and jug bar now occupy the site of the pend. By 1924 the bar had changed its name to The Harbour Bar.