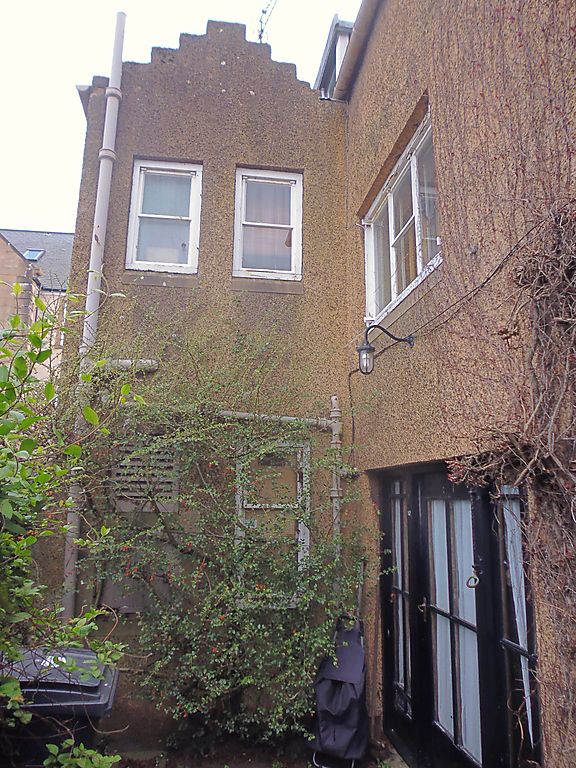 GARDEN WALLS: Rubble walls to south, east and west, enclosing what remains of a formerly large medieval rig (the wall to the east forms part of 108, 110 South Street, listed category B, Item 108).

The title deeds suggest a seventeenth century date for this house, although much of the internal detailing appears to be 18th century. See also NOTES for 112 SOUTHSTREET (SECOND HOUSE IN CLOSE).