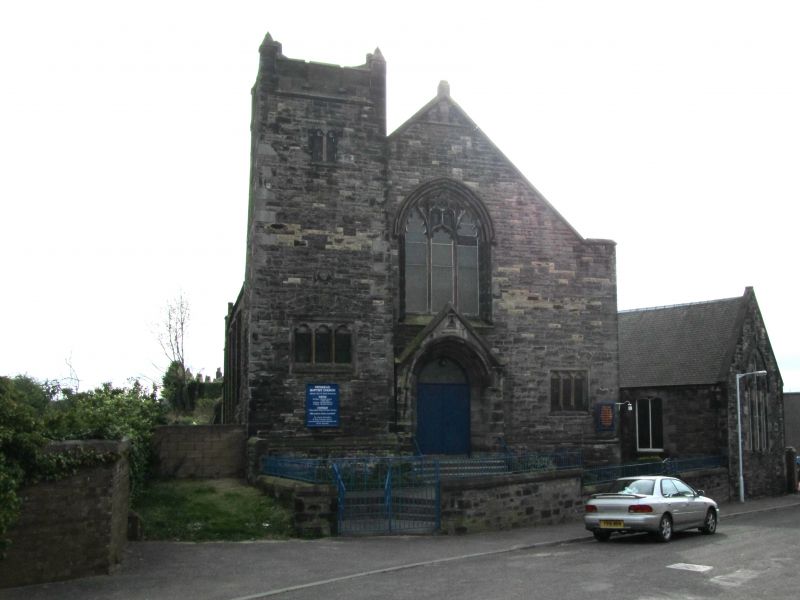 Ecclesiastical building is use as such. The belfry which Gifford describes as an "Art Nouveau belfry rather of the St Andrews's East (Glasgow) type" was removed in 1992 due to constant water ingress causing much internal damage. The original church (now the hall) was opened in 1900 but soon replaced by the larger and grander 1908 building. The hall baptistry was moved when the raised dais was reoriented to the W. The drip-trays and dadoed-corners retained in both the minister's and ladies' rooms (unfortunately removed from the gentlemen's room) were fitted with draw-screens and used for removal of wet clothes after baptism. James Wishart, together with fellow industrialists were influential in providing funds for the church, not least in an attempt to reform the drinking habits of their factory workers.