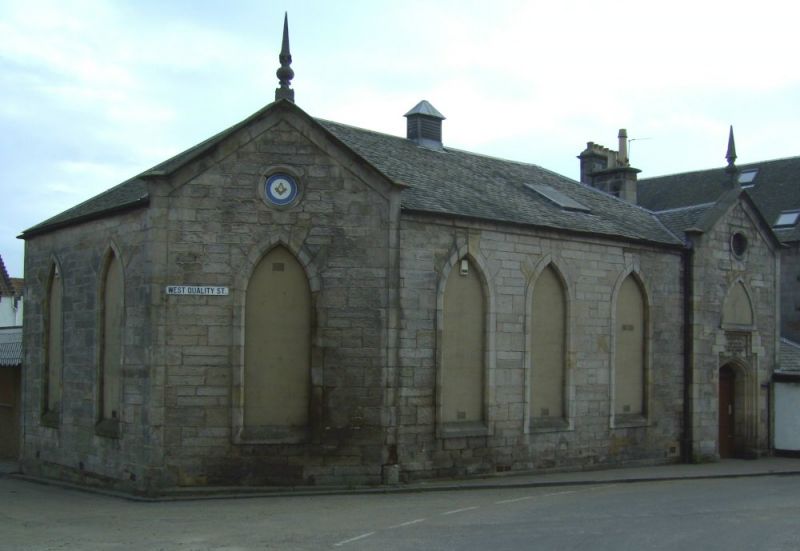 Ecclesiastical building no longer in use as such. At the Disruption, the Rev John Thomson moved to this new Free Church, which was opened on 5th January, 1845; the service was led by Rev John Alexander of Kirkcaldy Free Church. The church was used for 29 years, and was subsequently known as the Fitzroy Hall; it was given (in 1890) to the Masonic Order by the 4th Earl of Rosslyn. The Forbes Smith drawings show a timbered gallery.