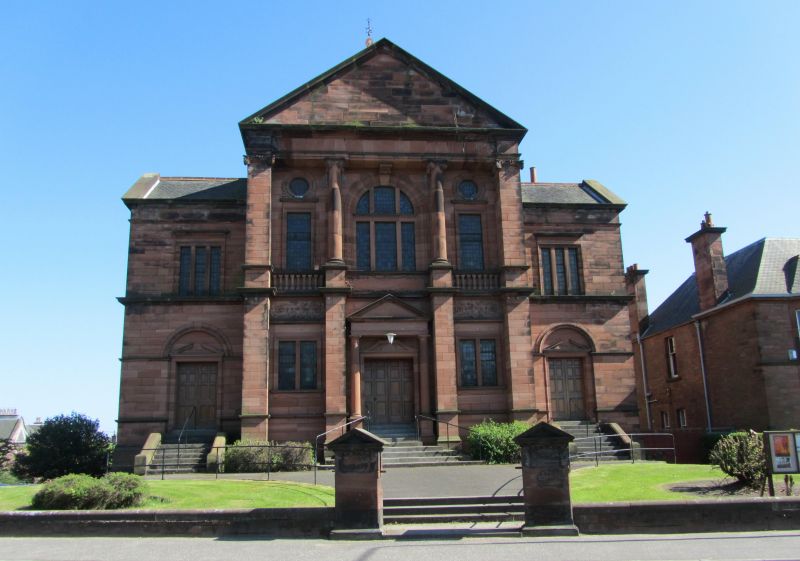 W ELEVATION: as E elevation but bay to right recessed with window to and lower piended bay (extension) with bipartite window beyond.

Ecclesiastical building in use as such. Built of Dumfries sandstone, St Andrew's was opened in 1903 as the Victoria Road United Free Church, an extension of St Brycedale's. When the congregation combined with Dunnikier Free Church in 1972 it became St Andrew's. The interior woodwork was donated by A H McIntosh the local furniture manufacturer. Described by Gifford as "more like a town hall than a church." Dow also designed Kirkcaldy's Salvation Army Hall (St Clair Street) and Clydesdale Bank (212-216 High Street).