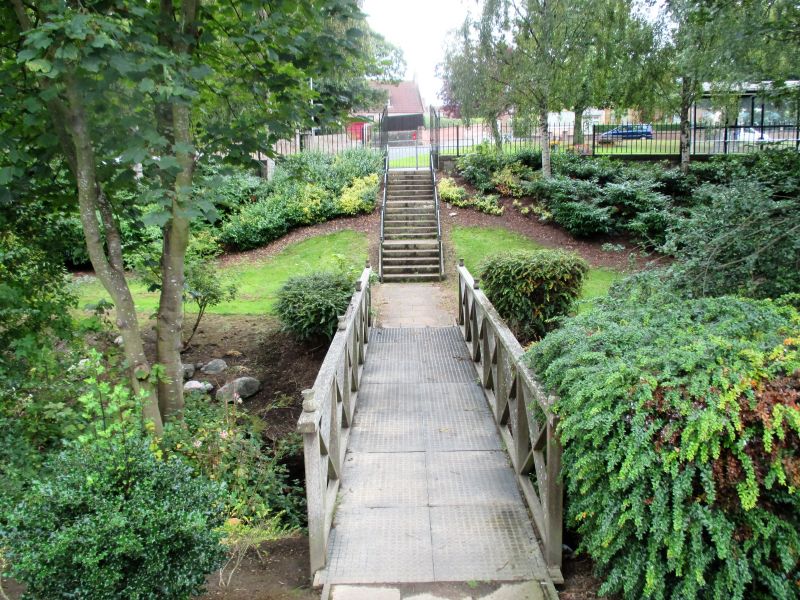 The East Wemyss Bowling Club is a distinctive, classically-influenced late 19th century bowling club pavilion. The style is unusual for its date and its building type. It retains its original form and profile with recessed Doric-columned loggia and belltower adding significantly to the architectural interest.

The village of East Wemyss developed as a mining community during the early 20th century. The bowling pavilion forms part of a set piece with a Memorial Garden by Gillespie of Glasgow to front and framed by a pair of symmetrical villa style housing blocks, built to house indigent miners, at Main Road (see separate listing), also by the Wemyss Estate Office architect Alexander Stewart Tod. The grouping adds to the architectural and contextual interest.

The history of lawn bowls in Scotland is long and distinguished and it remains a hugely popular sport. The earliest reference to the game in Scotland appearing in 1469 when James IV played a variation referred to as 'lang bowlis' at St Andrews in Fife. The first public bowling green in Scotland was laid out in 1669 at Haddington near Edinburgh. However, it was not until 1864 that William Mitchell of Glasgow committed the rules of the modern game to writing in his Manual of Bowl-Playing. Machine manufactured standard bowls were invented by Thomas Taylor Ltd, also of Glasgow, in 1871 and the Scottish Bowling Association was formed in 1892. The advent of indoor bowling also began in Scotland around 1879. There are currently (2013) around 900 clubs with an estimated 90,000 players.

Sport is an important part of Scotland's shared social and cultural history and it is fitting that the country's sport-related architectural heritage is so rich and varied.

Category changed from C to B and list description updated as part of the sporting buildings thematic study (2012-13).