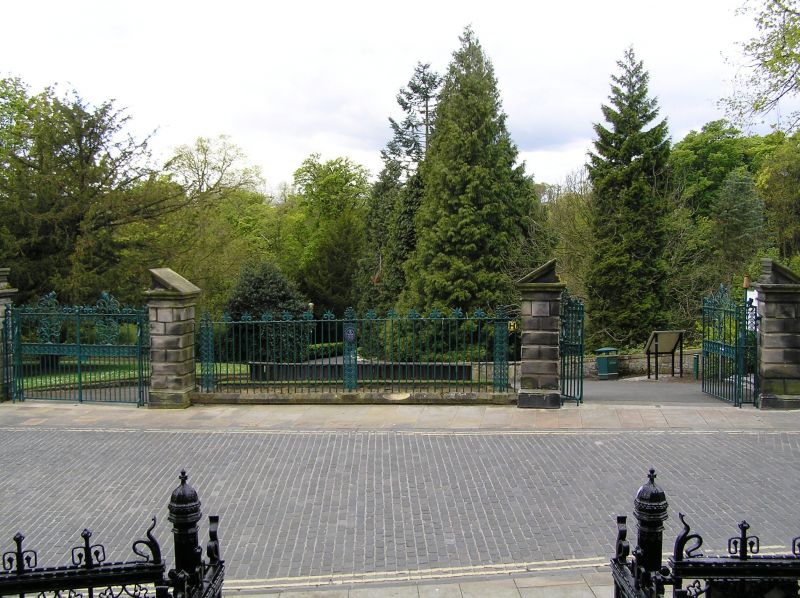 Most of the walls were built to enclose the grounds of Pittencrieff House (earlier-mid 17th century onwards). There would appear to have been an entrance to the park on this site since at least the 17th century. One is shown on Wood's Plan. The house and grounds were purchased by Andrew Carnegie in 1902, the latter being opened as a public park the following year. Most of the railings round the park were removed for wartime salvage in 1943. Thomas Hadden of Edinburgh was the blacksmith contracted to supply the replacements in 1950. Hadden was well known for his decorative smithwork, particularly through his collaboration with the architect, Robert Lorimer. Amongst other high-profile work, he was responsible for the screens in Lorimer's Thistle Chapel in St Giles Cathdral in Edinburgh. The park is included in the Inventory of Gardens and Designed Landscapes (see above). See separate List descriptions for Pittencrieff House, Louise Carnegie Memorial Gateway, Pittencrieff Lodge and Gateway, South East Gateway and West Gateway.