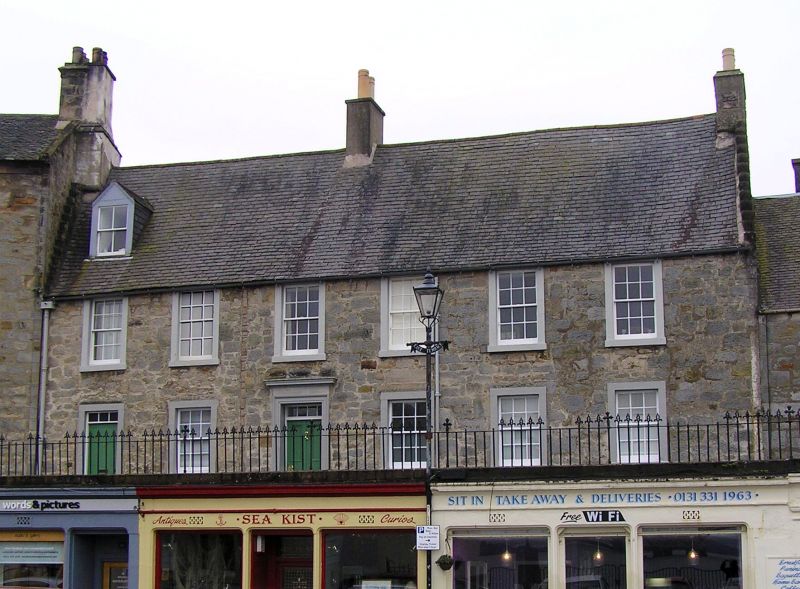 This is much larger than the other 17th century dwelling houses in Queensferry's town centre and was probably the home of a prosperous family. The 2-entrance principal facade could be misleading but the building is only one dwelling house. The door in the left bay replaced a window. The substitution was made in the early 20th century when the house was shared by 2 sisters who wanted their own entrances to the house. The principal door was used by the married sister and her family; the plainer entrance by the spinster sister. The door in the left bay now opens into the kitchen. Run rig garden at rear; door in garden wall opens onto Stoneycroft Road. The run-rig gardens of houses on East Terrace appear on an 18th century map: J Adair, Map of West Lothian, 1737.