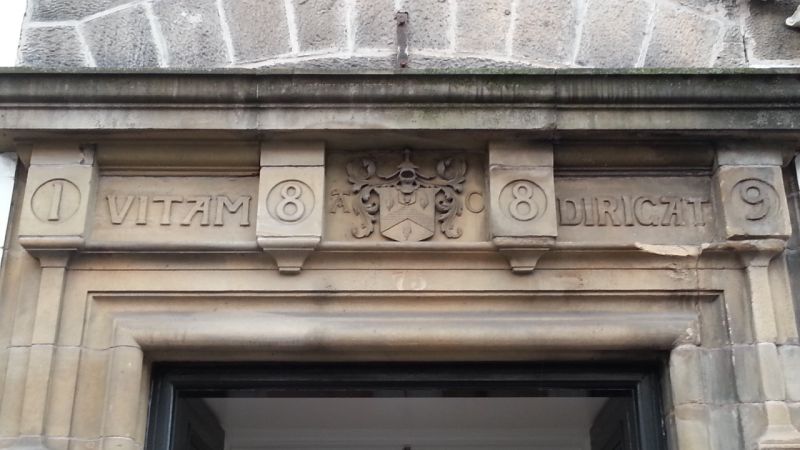 Built as lodging houses for the poor, with shops to ground floor. The MacGibbon and Ross plan shows a series of little flats with narrow corridors with doors to external cast-iron balconies linked to stair towers, with external WC's at each level. Each shop had a single storey top-lit saloon to rear. James Jerdan's alterations of 1889 show the space opened up and turned into long dormitories, by the use of cast-iron beams, and the building of one tall brick stair tower with a cistern room and 'director's room' at the top. These alterations reflect the huge influx of immigrant labour (mainly from Ireland) in the later 19th century, many of whom ended up in the Grassmarket. The 17th century-style doorpiece (inscribed VITAM DIRIGAT in lintel) is by Jerdan. Restored 1998.