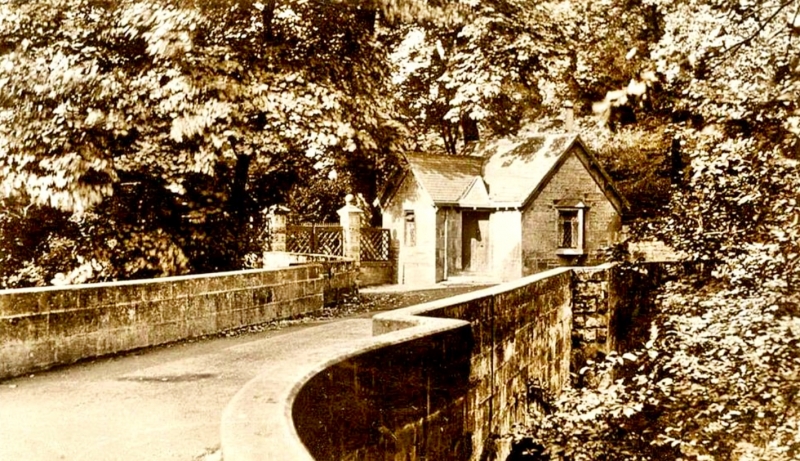 Previously a key feature in Wishaw crossing the Calder on the low road to Clelland, a vital route for mill carts from the neighbouring mill as it avoided the very steep hill after the Coltness bridge upstream. The bridge formed part of a group of Coltness estate buildings including Coltness Mill and the Bridge Lodge on the north side of the river. Only the bridge remains though the base course of the mill and its outbuilding can be found in the undergrowth along the riverbank. The low road, following north from Main Street, marked the boundary between the Coltness and Wishaw estates with estate walls still lining the road for much of its distance. The low road is now sealed off at both ends. A simple but large and picturesque bridge in need of basic maintenance. The modern railings though necessary for modern safety standards are out of character and obscure the bridge. View of bridge obscured by later growth of trees.