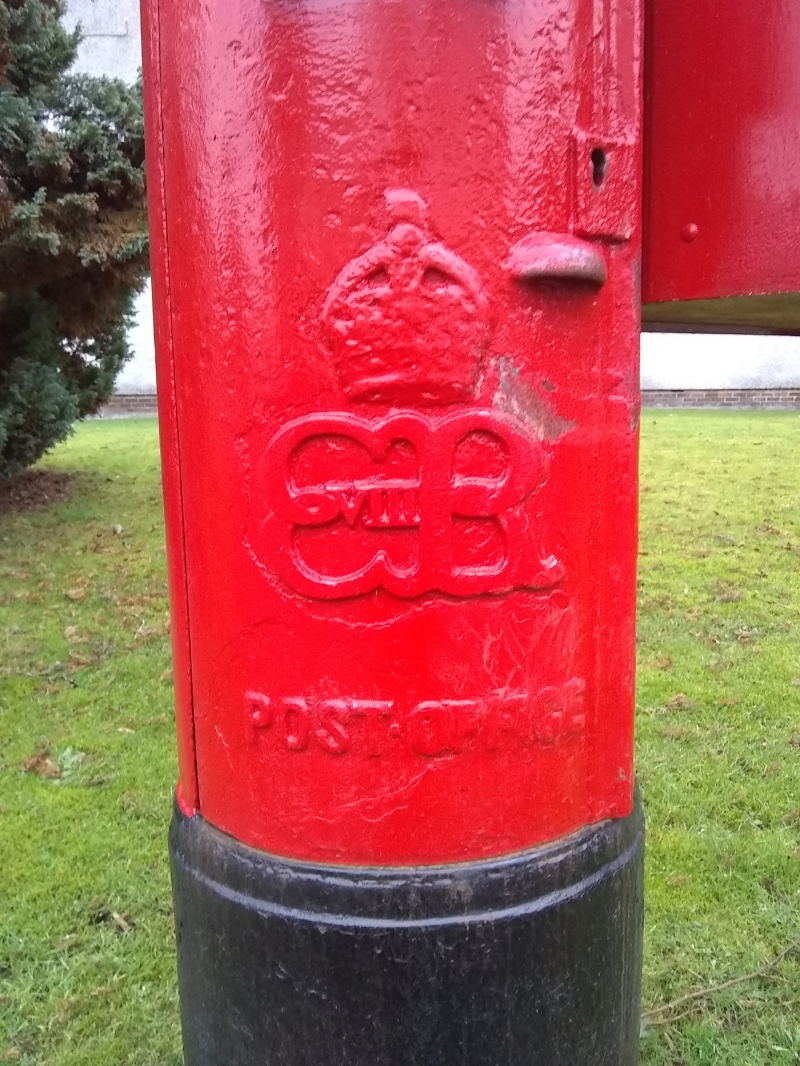 A rare unrecorded example of an Edward VIII pillar box of which only 161 were manufactured, many of which had their doors changed to display the George VI cipher.