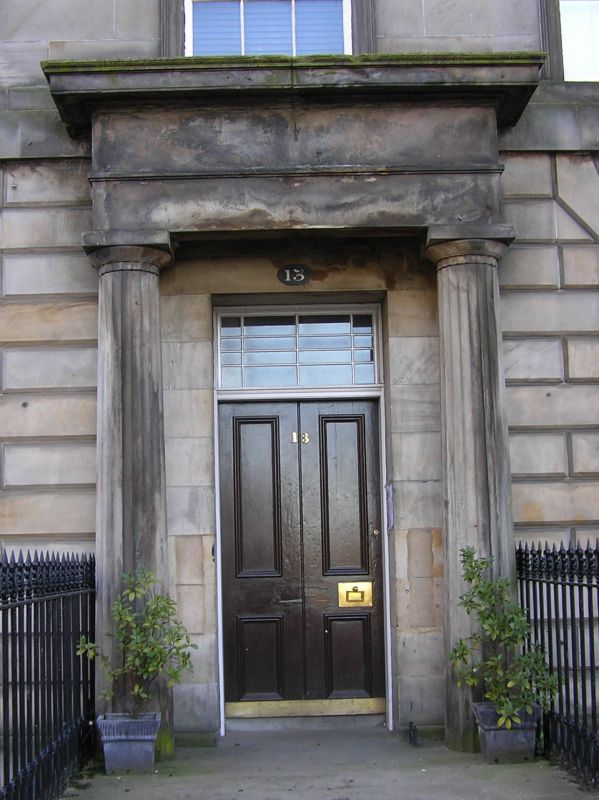 11-15 Annandale Street is important as a good example of earlier 19th century high quality tenement design. It also has streetscape and historical value one of the few extant elements of the Hope estate development.

Annandale Street is built on land which once formed part of Edinburgh's Botanic Gardens. These had been transferred to the west side of Leith Walk by Professor John Hope, Professor of Botany, 1763. In 1820, the botanic gardens were moved again to their present site at Inverleith. Professor Hope died in 1786; Ainslie's map of 1804 shows the area to the west and south of the botanic garden to be the property of 'Mrs Dr Hope'. By 1817, the land is marked on Kirkwood's map as 'the property of Dr Hopes representatives', suggesting that his wife had since died and the land been inherited by his children, of which he had three sons and one daughter. In 1824-5, Sasines show that the lands were being feued for building to an agreed scheme by a Major John Hope (probably Professor Hope's second son). It seems likely that he was influenced by the success of the neighbouring Gayfield estate and the early popularity of the more recent Calton scheme, commissioned Robert Brown to design a scheme for his lands (Brown had already designed terraces for Hope at Clerk Street and Rankeillor Street, on land also inherited from Professor Hope). However, like the Calton scheme, the Hope scheme suffered badly from the rise in popularity of the West End, and very little of Brown's scheme was actually built. Only the south section of Haddington Place was completed, Annandale Street itself was left uncompleted to the NW end, and the only other street of the scheme to begin building, Hope (now Hopetoun) Crescent, has only two pairs of houses built to Browns designs. The projected square to the north of Hope Crescent was not started or even named.

The naming of Annandale Street is a reference to the Hopetoun branch of the Hope family, to whom the Annandale estates and earldom of Annandale had passed in 1792.