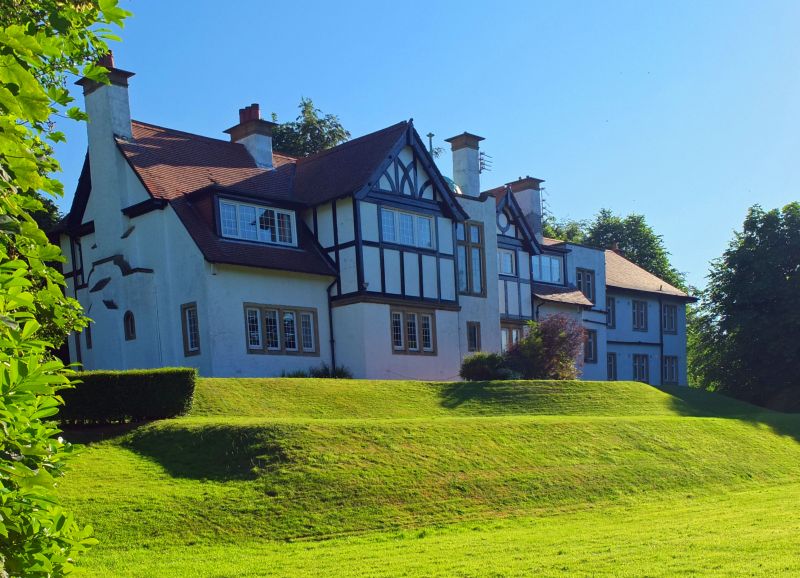 1st floor; bay to outer R with bipartite to ground, tripartite dormer above.

Makerston was the first joint project for James Craig Barr and Harry Cook. The two had trained under Thomas Graham Abercrombie, but joined forces in 1904/5. Prior to this, Barr had trained at Glasgow School of Art in 1898-99. They designed many Arts and Crafts villas in the leafy Thornly Park suburb of Paisley, both together and individually. These include Foxburn, 17 South Avenue; Lismore, 29 Thornly Park Avenue; Airdoch, 43 Thornly Park Avenue; Garail, 24 Thornly Park Avenue (for Barr and his brother) and possibly Linton, Stewart Road (all.

After John Millar's death in 1922, the house was bought by J & P Coats Ltd and used as a boarding house for trainees from overseas. The company's own architects designed the large bedroom wing in 1950. The house reverted to private ownership in 1988 and Makerston is currently run as a guesthouse.