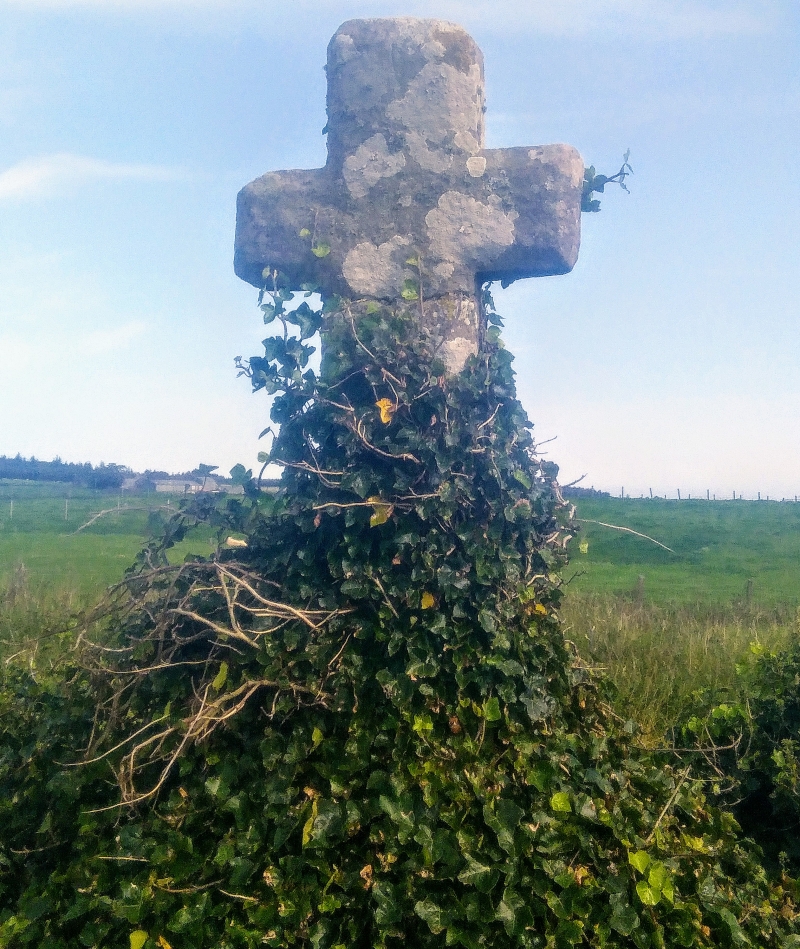 Believed to be the former market cross of the lost village of Preston. Preston is said to have been a Burgh of Regality, belonging in the 16th century to the Regent Morton, and to have had a jail and public buildings. The Statistical Account records that the village was inhabited, some years previously, by twenty-four farmers, but in 1795 there were only three, with their cottages. The New Statistical Account says that there was only one inhabitant in 1844. At some point between 1844 and 1850 the cross fell over and was buried for a short period. It was rediscovered shortly before 1850, when it was moved to a new site (although from looking at the maps, it doesn?t seem to have been moved very far), and placed upon its granite plinth. The surrounding wall was also erected at this time. The age of the cross is unknown. It could date from the eighteenth century, or it could be much earlier. According to the RCAHMS Inventory, the cross has been cut from a single block of yellow free stone, although the Dumfriesshire and Galloway Nat. Hist. and Antiq. Soc. describe it as being formed from two pieces of red sandstone plastered together in the centre.