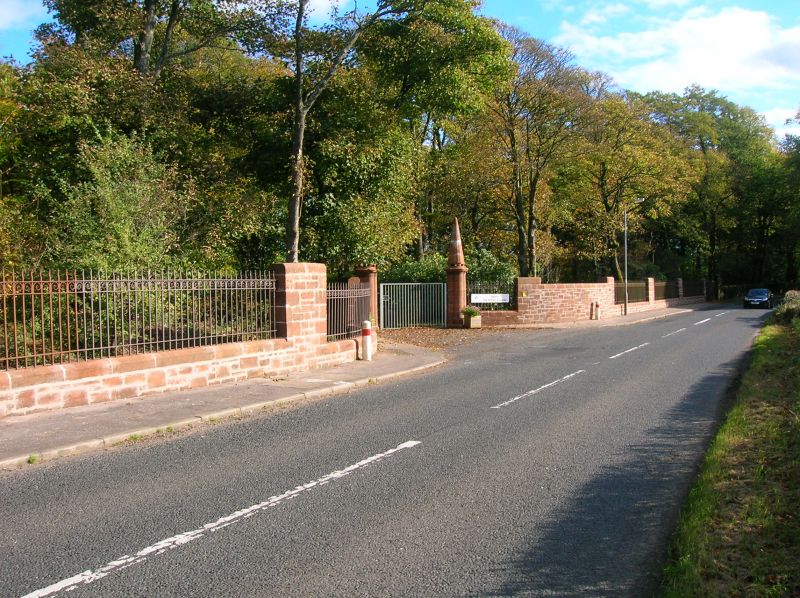 The Renaissance style Spier's School was built with an endowment from the late John Speir, son of a wealthy solicitor and landowner in Beith. The gatepiers, railings and boundary walls enclosing the richly wooded grounds are now all that is left of the B-listed complex designed by James Sellars. Following the closure of the school in 1972 and a period of ensuing neglect, the local authority granted its demolition in 1984. Located on the road from Beith to Barrmill, the prominent gatepiers are still very much of local significance to those who attended the school and serve as a reminder of the location of the renowned institution. Stylistically of 17th century style, they are comparable to those at Moray House of 1628 in the Canongate, Edinburgh.