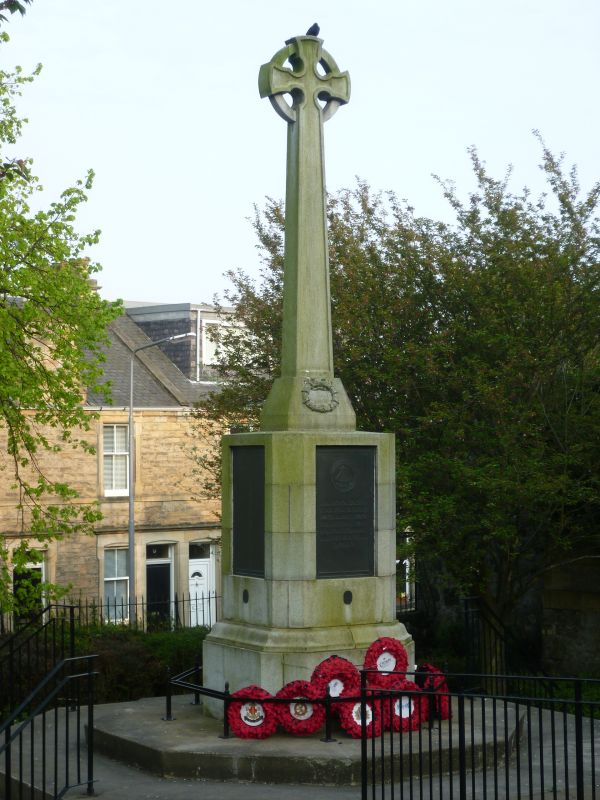 Originally sited on ground to S of Fordell's Lodging (16 Church Street) at NT 13020,82962 but moved to its larger and more prominent position adjacent to N side of St Peter's Parish Church in 1973 (location of former primary school). The memorial was erected with the help of public subscription and was unveiled by the Right Honourable Earl of Elgin and Kincardine in April 1923. Peter Reid LRIBA (1881-1937) was a Kirkcaldy-based architect and had articled to Sir R R Anderson (1899-1904). From 1904 he was assistant to William Williamson of Kirkcaldy.