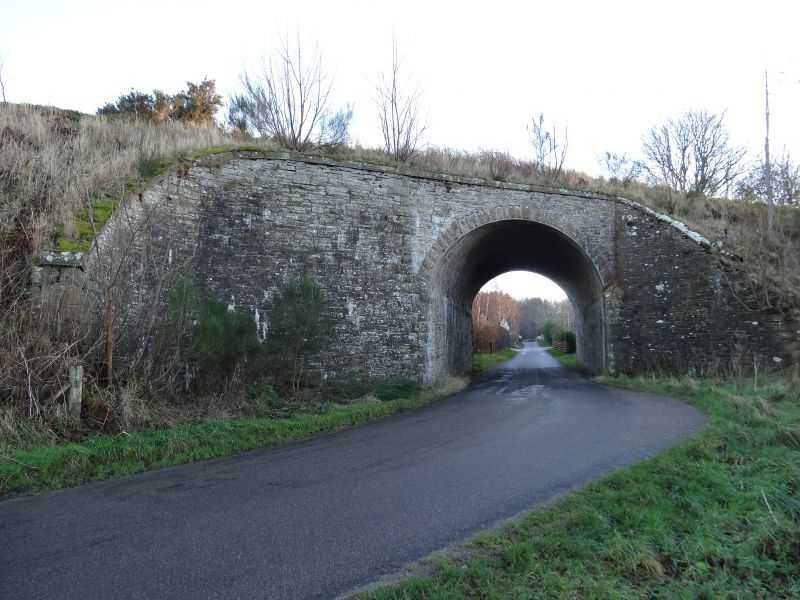 This is the last surviving of three 'old Heilan Line' railway bridges formerly belonging to the village of Drybridge, and one of very few remaining along the length of the line. The construction of skew bridges always required highly skilful engineering. It is of particular interest for its location, at the gateway to the village, spanning the road just a few yards from the centre of Drybridge, framing the settlement. Work began on the Keith to Portessie line of the Highland Railway on 7th November, 1882 and the branch opened on 1st August, 1884. Wartime economies led to closure of the line on 9 August 1915, and in 1917 the track between Aultmore (to the south) and Portessie (to the north) was requisitioned by the Admiralty. The GNSR re-opened the north and south sections of line by 1919, but the Aultmore to Portessie section (passing through Drybridge) was never re-opened and the track was again removed during 1937. Drybridge Station and platform, built in 1885, were both of timber construction.