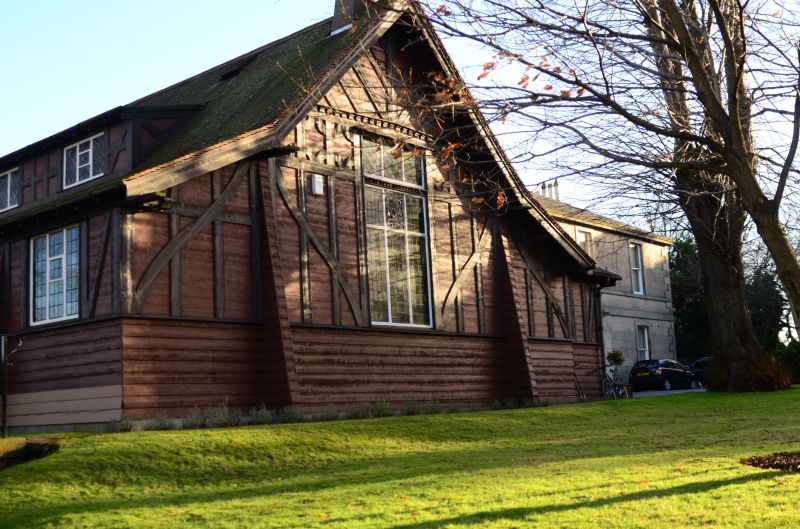 This is a good example of a circa 1900 timber church which boasts a striking interior. It was built as a temporary structure whilst funds were raised for a more permanent building; it is a rare example as temporary churches were most commonly clad in corrugated iron and built from available catalogue designs. St Andrew's is a rare, virtually unaltered, example of timber church architecture in Scotland which has maintained its material quality for a century, with lead glazing, plain tiles and belcote externally, columns roof structure and light fixtures internally. Despite the church being originally constructed as a temporary building there is much attention to detail to the exterior and interior of the building with decorative features typical of the Arts and Crafts period. The church was built within six months, at a cost of £850, and was consecrated on the 27th April 1902. The building has remained in permanent use since then, ensuring its survival.

The Catholic Diocese purchased the mansion Edgehill House and its garden ground in order to build a church in the west end of Edinburgh. Previously the congregation travelled large distances to worship either at St. Mary's Cathedral or St. Cuthbert's, Slateford.